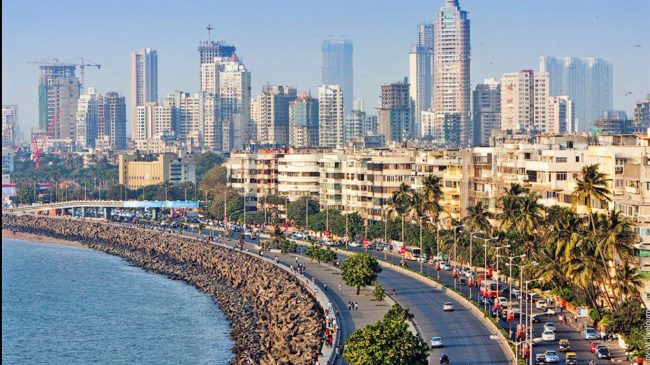 Are you searching for the top 11 most spoken languages in India? the sweetest language in India? Go nowhere we have good news for you.

Language by far is the most viable tool for communication and survival in any clime of the world.

Without languages, the world will be a dead place, with no progress, no communication, and the outcome of such imagination is boundless.

When a language dies, a way of understanding the world dies with it, a way of looking at the world. – Steiner G

Here, our focus on the subject “language” takes us to India, the second most populated country in the world behind China.

India is filled with about 1.2 billion humans and they communicate in over 19, 500 languages across the broad expanse of the nation’s landmass, (the 7th largest country in the world).

This mammoth population of India makes it a beehive of languages and diverse cultures.

With that in mind, lets us look at the top languages spoken in India below.

Here are the top 11 most spoken languages in India

If you’ve been following global trends and facts, you must have come across the word “Hindi”.

It is the most spoken language or dialect in the whole of India.

It is an undisputed fact and 366 million people in India can account for that.

It is also one of the official languages of India.

This figure of the Hindi-speaking people of India is not static, it rises exponentially across decades and seasons.

Roughly, over 40% of the entire population of India speaks Hindi as their native and official language.

Hindi also happens to be the fourth most spoken language in India and the world coming after Chinese Mandarin, Spanish, and English.

Nearly all the states in India speak the Hindi language which originated from Indo Aryan Central languages.

Bengali is the second most spoken language in India.

It is spoken by over 83 million people and that represents 8% of the total populace of India.

Bengali also originated from the Indo-Aryan Central languages and is spoken in most parts of South Asia.

The language is spoken predominantly among the people of India’s eastern states which includes West Bengal, Assam, Jharkhand, and Tripura.

READ ALSO: 5 Things People Won’t Like You For in Nigeria by Kola Oyeneyin

The Bengali dialect is also spoken beyond the shores of India, from Japan to the UK and from Australia to Canada, America, and the Middle East.

The Bengali language became so influential and popular that the Indian National Anthem was written in it.

The Telugu language can be traced to the Dravidian civilization and is the third most spoken language in all of India.

7% of the entire population of India speak the Telugu language and that is approximately 74 million people.

South Indian states pride themselves on this language.

They include Andhra Pradesh, Telangana, and Andaman.

The Nicobar Islands aren’t left out in the language equally.

Other places beyond the Indian confines where the language can be heard include New Zealand, Australia, United Arab Emirates, South Africa, the United States, and the United Kingdom.

Coming fourth in the list is the Marathi language spoken by about 6.83% of the entire population of India bringing the number of Marathi speaking people to an estimated 72 million.

The language can also be traced to the Indo-Aryan language.

This language is the official language of the states in the western region of India.

Major states where the Marathi language is predominantly spoken are Maharashtra, Goa, Daman and Diu, Dadra and Nagar Haveli.

The language has about 42 different versions as you move from state to state in the west.

Stemming from yet the Dravidian civilization is the language Tamil, the fifth most spoken language in the second most populous nation in the world.

Tamil-speaking people represent about 6% of the population of India.

Areas where the language holds sway include Kerala, Puducherry, Tamil Nadu, Andaman, and the Islands of Nicobar.

This language is also the official language of Singapore and Sri Lanka.

History has it that the Tamil language which sweeps entire southern India up to the coasts of Sri Lanka is one of the oldest languages in the world.

An estimated 55 million people speak the Kannada language in India.

That number represents about 4% of the summed population of India.

As with most languages in India, the Kannada language can trace its origin to the Dravidian civilization. It is spoken as a major language in states like Tamil Nadu, Karnataka, Kerala, Andhra Pradesh, and Maharashtra.

This language is one of the world’s oldest languages and is spoken in regions outside India.

The language can be heard even in Australia, the United States, and Canada.

At number 7 is the Urdu language which also happens to be the official language of Pakistan.

The Urdu dialect is spoken by some 52 million people across India representing about 4% of India’s populace.

It is the major and official language of states like West Bengal, Bihar, Delhi, Uttar Pradesh, Jammu and Kashmir, Telangana, and Jharkhand.

The language can also be traced to the Indo-Aryan Central languages.

The Gujarati-speaking people of India represent about 3% of the populace.

This language is a descendant of the Dravidian civilization and is widely spoken in states like Gujarat, Dadra, and Nagar Haveli as well as Daman and Diu.

It is the official language of the state of Gujarat in northwest India.

Some chapters of history also say that the Gujarat language originated from the Indo-Aryan central languages.

The states of Kerala, Puducherry, and Lakshadweep are known for speaking the Malayalam language.

With over 33 million people representing a pinched 3% of India’s entire population figure, Malayam is one of the major languages in the country.

Its root can be traced to the Dravidian civilization.

This language is spoken by a sizable chunk of India’s population that represents less than 3% of its entire census figure.

It is also an Indo-Aryan language, which is quite the cornerstone of some of India’s most predominant languages.

The Odia language is spoken in just one state of India; the eastern Indian state of Odisha, by the Bay of Bengal.

Little of it could be heard in some other parts of India but its locus of usage lies in Odisha state.

English as a language isn’t indigenous to the people of India and even Asia in a broader scope, which is why it can’t be listed in the top 10, however, the language is the second official language in India after Hindi.

The English language is also one of the official languages of the Indian government.

The language has since grown popular due to the influx of expatriates and international students into India.

Some states in India like Nagaland and Arunachal Pradesh have English as their official language.

These days, hardly can you find any state in India where English is not spoken by at least a quarter of the population.

It is used as a major tool of communication for businesses, education, bilateral interactions, and many more.

English is the third most spoken language in the world after Chinese and Spanish.

India is a major country in the world and is not left outside of the English global sphere of influence.