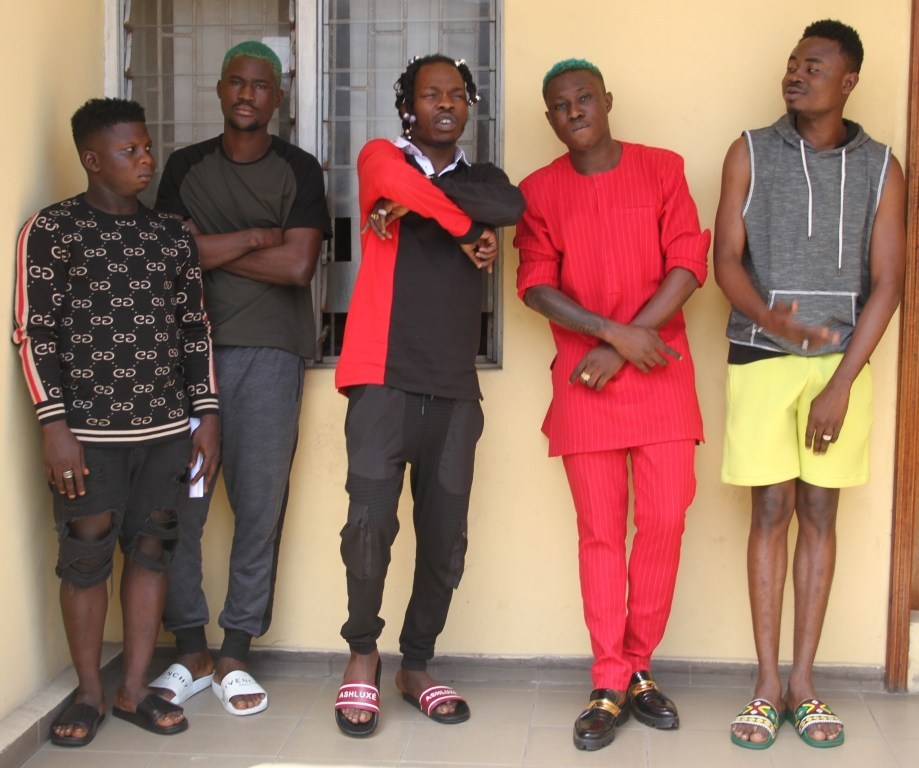 Despite appeal by several top musicians that EFCC should temper justice with mercy, the commission has filed 11 count charges against Naira Marley

The charges with suit number FHC/L/178C/19 was filed before a Lagos State High Court.

He was arrested alongside Zlantan and other three. While the rest have been freed, Marley remains in EFCC custody.

The EFCC is backing on Section 33 (2) of the Money Laundering (Prohibition) Act and the Cyber Crimes Act to prosecute the artiste.

According to Sahara Reporters, some of the counts in the charges filed against Naira Marley includes, “That you, Azeez Adeshina Fashola, aka Naira Marley, and Raze (still at large), on or about the 11th day of December 2018, within the jurisdiction of this honourable court, conspired amongst yourselves to use Access card 42658840359191132 issued to persons other than you in a bid to obtain gain and you thereby committed an offense contrary to Section 27(1)(b) of the Cyber Crimes (Prohibition, Prevention etc) Act 2015 and punishable under Section 33(2) of the Same Act.”

“That you, Azeez Adeshina Fashola, aka Naira Marley, and Raze (still at large), on or about the 10th day of May 2019, within the jurisdiction of this honorable court, with intent to defraud possessed, counterfeit card 4921819410257431 issued to Timea Fedorne Tatar and you thereby committed an offense contrary to and punishable under Section 33(9) of Cyber Crimes (Prohibition, Prevention, etc) Act 2015.”

He is expected to appear in court on Monday.

EFCC Allegedly Arrest Naira Marley Over ‘Am I A Yahoo Boy’ Hit Track
You don’t know nothing about me, I’ve been arrested 124 times in England – Naira Marley
Why we did not release Naira Marley – EFCC
Why Naira Marley Still Remain In Prison Despite N2 Million Bail
Naira Marley 16