EXPLAINER: Why ‘Men Should Be Feminists’ 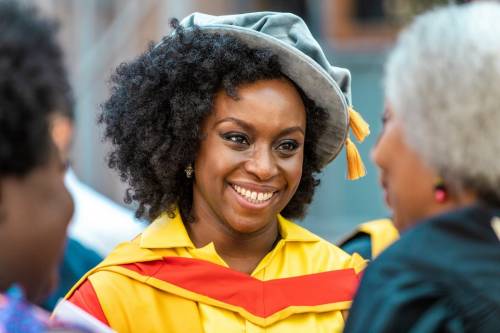 Chimamanda Ngozi Adichie,  one of the most celebrated writer in Africa has explained why all men must be feminists.

Ms Adichie during an interview with Marie Claire from global lifestyle magazine,  in Brazil on Saturday said feminism is about justice.

“You can change women all you want if men don’t change nothing changes because we share the world.”

“I think of feminism as a justice movement and I think of it terms of for example anti-racism, I don’t think that only black people should be anti-racism by the way I should say it’s not only black people who suffer racism, Latino people do, Asian people, Native Americans but I’m talking because I’m black and it’s what I know best so in terms of fighting racism, I don’t think its only people who suffer from racism should be against it, it think everyone who cares about justice should be against racism.

“So men should be for feminism because, in the end, Feminism is really about justice and we should all want to live in a just world.”