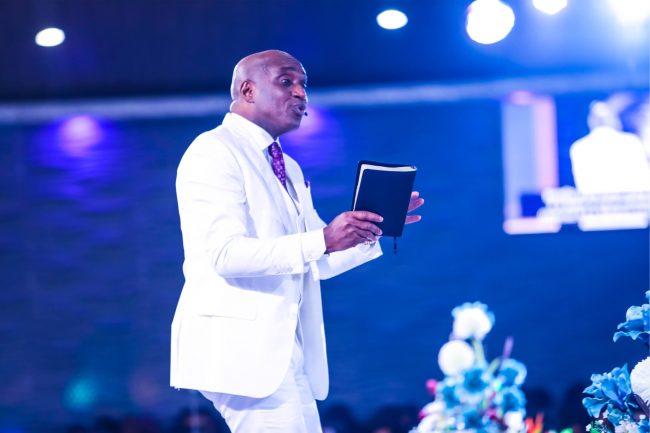 Looking for David Ibiyeomie Biography (2023)? First, he was known for his fine dancing steps and then the miracles, the healings, the popularity, the great messages, and the crowd. Widely known as the founder and senior pastor of Salvation Ministries (Home of Success) Port Harcourt, Nigeria.

From his Port Harcourt base, he touches the world with his pragmatic teachings of God’s word while infusing some realities and principles of success into the mix he gives to his audience.

He exudes this joyful aura and sunny attitude whenever he is on the pulpit and takes no chances when it comes to dancing.

He was mentored by Bishop David Oyedepo whose footsteps he took after.

His church is arguably the largest in the south-south region.

Nestled in the heart of the city of Port Harcourt, every Sunday he holds the city to a traffic siege.

The gridlock only clears after his 5th service.

Ibiyeomie is one of the most influential and successful pastors to come out of the south in contemporary times.

He wields wealth, and influence, and pastors over 50,000+ persons in his headquarters and some innumerable members littered across the city of Port Harcourt, Rivers State, and major cities in Nigeria in satellite branches.

Below is David Ibiyeomie Biography (2023)

David Ibiyeomie was born on 21 October 1962 in Bonny Island, Rivers State, Nigeria to the family of Late Chief and Mrs. Apollos Iganibo of Bolo Town in Ogu/Bolo Local Government Area of Rivers, State. 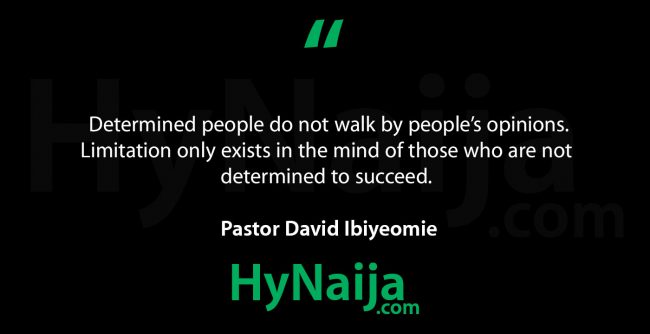 David Ibiyeomie surrendered to God with his life in 1995 and became a spiritual protege of Bishop David Oyedepo, the presiding Bishop of Living Faith Church Worldwide alias Winners Chapel.

He got the calling to be a pastor shortly after his rebirth and to be fully equipped for the task ahead, he enrolled at the Word of Life Bible Institute in 1996 to obtain a degree in theology.

Upon graduation from theology school, he sought the blessings of his spiritual mentor and father to go carry out the mandate given to him by God.

He was blessed by Bishop Oyedepo and given permission to go lead his own divine project.

That would precipitate the birth of Salvation Ministries (Glorious Chapel) on April 13, 1997, at plot 17 Birabi Street, G. R. A Phase 2 Port Harcourt with an average of 20 members.

The church grew exponentially and in a record time that they had to relocate from plot 35 Birabi Street to plot 17 Birabi Street in the same G. R. A of Port Harcourt in 1999.

The property that the church occupies is reportedly worth over N1.5 billion.

Salvation Ministries is one of the pioneers of five services on a Sunday occasioned by an upsurge in the membership population.

But that could not even help the crowd surge as each service is usually characterized by the main church auditorium filled to capacity resulting in numerous overflows.

Salvation Ministries held the monopoly as the fastest-growing church in Nigeria until it became a global megachurch.

This didn’t help the crowd control unit of his church as they had more challenges controlling the mammoth overflow from the population explosion.

This was highly unprecedented and groundbreaking.

All 14 satellite churches streamed live messages from the headquarters in G. R. A.

Today, the church has a membership attendance of over 50,000 in a single service and is waxing stronger at every sunrise.

Pastor David Ibiyeomie is building one of the largest church auditoriums in the world in Igwruta, Ikwerre Local Government Area of Rivers State, a few kilometers from the city of Port Harcourt.

The Church is a multi-billion dollar project and has the capacity to seat 120,000 persons in a single service with state-of-the-art facilities and world-class technological decorations.

Every year in January, the church holds its mega program dubbed 5 nights of glory.

The program is being streamed live in all of the church’s 350 satellite branches across Nigeria and the globe.

This is the television ministry of Pastor Ibiyeomie’s church which he began in 2001.

Today, the hour of salvation started with just NTA Channel 10, Port Harcourt now broadcasts in over 47 stations locally and internationally.

The church also owns its 24-hour satellite TV known as Salvation TV including an online radio that broadcasts to listeners across the world.

This is a primary and secondary school owned by Salvation Ministries.

It is equipped with world-class facilities and could rival most foreign schools resident in Nigeria.

Pastor Ibiyeomie believes in the relevance of quality education and hence the giant stride in the educational sector.

He also plans to expand into tertiary education with Pace-Setters university in view.

Pastor Ibiyeomie owns a Bible College where every year thousands across the world enroll for the various programs it offers.

Here students are being taught kingdom principles and are equipped with all it takes to be certified as a pastor.

The Bible College is not limited to members of Salvation Ministries as many Christians across diverse denominations are students of WOLBI.

The Bible Institute has several branches in different parts of Nigeria asides from its headquarters in Port Harcourt. 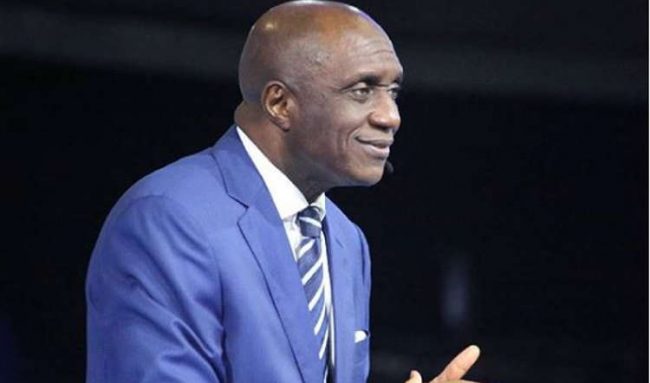 Pastor David Ibiyeomie is a philanthropist and giver.

The David Ibiyeomie Foundation is proof of his philanthropic side.

Through the foundation, many have been blessed and souls have been salvaged from death and hell.

The foundation organizes welfare programs and schemes such as scholarships, welfare packages, free medical outreaches, gifts to orphanages, and prisons, and physically changed amongst others.

Ibiyeomie has also been involved in sending relief materials to war-ravaged and flood-sacked areas of Nigeria and some African states.

He also has a home for the elderly in Port Harcourt.