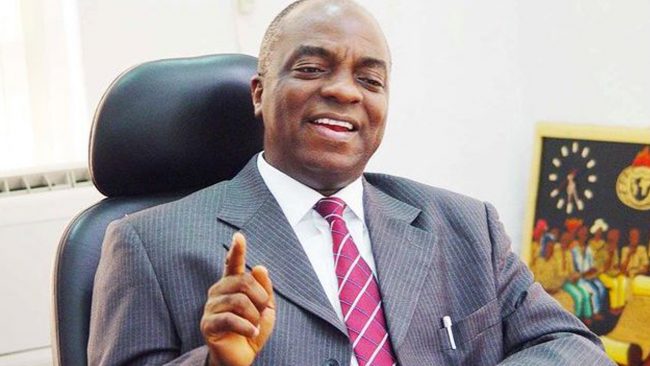 Here’s Bishop David Oyedepo Biography, Family, Books & Ministry – Serving God diligently pays big time and to the latter. This payment is not done in heaven, that’s the second batch of it, God pays heavily here on earth with earthly fruits and rewards before you proceed to meet him in spirit.

Certain men have proven that you could be rich serving God while wielding global and territorial influence in both God’s Kingdom and the world.

One of such men is Bishop David Oyedepo, reputed to be the richest pastor alive on earth with an eye popping net worth.

He is the Bishop and senior pastor of Living Faith Church Worldwide alias Winners Chapel.

His church is among the top 3 largest in Nigeria and was also the first Nigerian church to clinch the Guinness World Record Title of owning the largest single church auditorium in the world.

He was born to parents of mixed religions, his father, Ibrahim Oyedepo was an Islamic physician and his mother Dorcas Oyedepo a Christian and member of the Cherubim and Seraphim under the church of Aladura.

His grandmother oversaw his early upbringing while in Osogbo, instilling Goldy principles and tenets on the young Oyedepo especially in the area of giving and tithting. 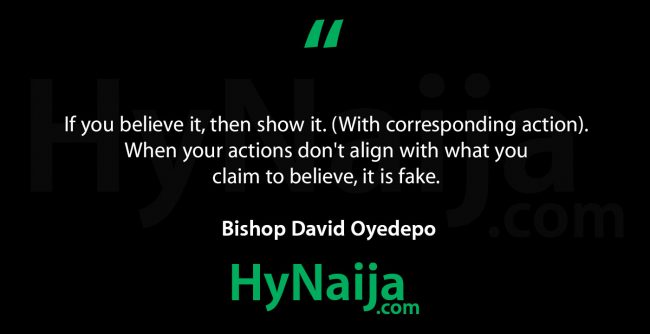 Prior to being called by God into full time ministry, Oyedepo attended the Kwara State Polytechnic, Ilorin where he studied architecture and briefly worked at the Federal ministry of Housing Kwara State.

He would later be conferred an honourary Doctorate Degree in Philosophy (PHD) in Human Development from Honolulu University, Hawaii, United States of America.

Asides from the Christian doctrines deposited in him by his grandmother, Oyedepo through the help of his missionary teacher Betty Lasher became born again in 1969 and has been an ardent loyalist to God’s kingdom principles.

In 1981, according to him, he found himself in an 18-hour long vision where he clearly heard God telling him to work for him and salvage the world from the oppression of the devil.

That vision was clearly heard and clearly executed by Oyedepo in the birth of Liberation faith hour ministries which later became known as Living Faith Church Worldwide in 1981.

The church started off in Kaduna State, Nigeria in 1981 and relocated to Lagos State under divine instructions in July 1989.

Oyedepo and his wife faith were ordained as pastors by the General Overseer of the Redeemed Christian Church of God in 1983, the humble servant of God also commissioned the new church.

From Lagos, the church began to flourish into it’s golden age, expanding gradually and taking over cities.

Today, with it’s 50, 000 capacity headquarters in Ota, Ogun State, Nigeria, the church has over 300 mega branches across the 36 states of Nigeria and present in 45 nations of the world including the United Arab Emirates (UAE), United Kingdom and the United States of America.

The Living Faith Church is a colossal entity, sitting on a 5000 acres property that houses the gigantic 50,000 capacity edifice and covenant University.

The entire community is known as Canaan land.

It runs on a 24-hour power supply, encompassing every feature of a mordern city including banks, guest houses, shops, mordern infrastructural landmarks and lots more.

The church is yet building another university, Crown University in Calabar, Cross River State, Nigeria.

The Bishop is the richest pastor there is, not just in Nigeria but in the world.

He was once reported to be in possession of four private jets, a claim he denied and reduced the number to just two which he said were meant for ministry purposes.

He is a strong of crusader of prosperity and tithing, these days the word prosperity has become akin to the name winners chapel and Oyedepo.

The prosperity is well reflected in his life of affluence and the amount of wealth around him in his Canaan city residence.

Bishop Oyedepo as an Author

The preacher is a renowned author as far as Christian literature is concerned.

He has published an avalanche of books through his personal publishing company, the Dominion Publishing House (DPH) reported to have published over 4 million prints of his books since inception in 1992.

Bishop Oyedepo has written over 70 books in various shades of Christian literature.

Most of his books include:

Founded by the Bishop himself, the foundation is a charity organization poised towards allievating the woes of the less privileged in Africa.

The foundation is also involved in the award of scholarships and grants to the less privileged and indigent lot who have expressed willingness to further their education.

His two universities, Covenant and Landmark takes care of this part of his philantropism.