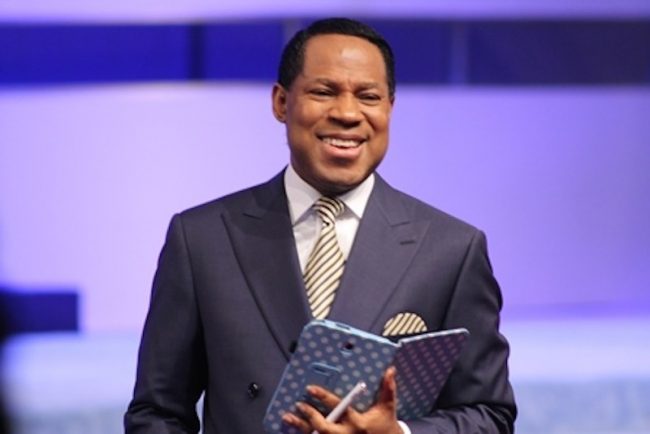 Here’s Chris Oyakhilome Biography (2022) – Suave in God’s Kingdom and flashy in outlook are just about the best ways to describe this contemporary teacher of God’s word and a major frontline in championing the course of Christianity in this sphere of Africa.

He is Pastor Chris Oyakhilome, the founder and president of Believers LoveWorld incorporated alias Christ Embassy.

Pastor Chris became a religious icon when his teaching and healing gift shot him into prominence in the early late 1990s to early 2000s.

So profound and influential were his teachings and healing gift that thousands of hungry students of the gospel and miracle-seeking individuals all over the world began orbiting around him in his Lagos base further projecting him into sheer limelight and relevance.

It’s no surprise he created a healing school and runs a daily publication “Rhapsody of Realities” where some of his teachings and thoughts about the kingdom are dispersed in millions of copies across the globe and in various language translations.

He is also amongst the richest men of God in Nigeria and in the world.

He is a father, teacher, author, businessman, televangelist, and of course a religious celebrity.

Below is Chris Oyakhilome Biography (2022)

Pastor Chris was born into the family of Tim Oyakhilome in Edo State Nigeria on December 7, 1963.

He attended the Ambrose Ali University, Ekpoma where he obtained a Bachelor’s degree in architecture and was honoured by the same university with a Ph.D. 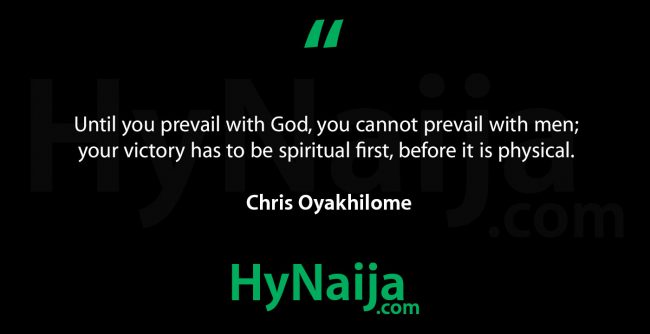 It’s entirely not possible to discuss Pastor Chris Oyakhilome and crop out his ministry which started as a fellowship while he was in the University as Believers LoveWorld Fellowship.

The fellowship began its rise to a global entity when it was transformed into a church in 1987 (Believers LoveWorld incorporated) following the graduation of Pastor Chris out of the Ambrose Ali University and his subsequent relocation to Lagos Nigeria.

Today, the church is a mega one, with branches spread across Nigeria and many nations of the world.

Headquartered in Ikeja, Lagos Nigeria, the church has lots of subsidiaries under the believers LoveWorld umbrella-like;

The LoveWorld records, a record label for the ministry

LoveWorld TV was the first African TV station to broadcast live to an international audience on a 24-hour basis.

LoveWorld Publications where all his books are published, including the famous Rhapsody of Realities daily devotionals.

The ministry is also very active on social media with a plethora of online podcasts and live streaming available for its members and followers to partake in.

Pastor Chris is the most followed African on Twitter with over 1, 316,000 followers.

The church also has its own social networking site called Yookos.

Prior to his controversial divorce, Pastor Chris was happily married to Anita Oyakhilome.

They both met while studying at Ambrose Ali University, Ekpoma, and were wedded in 1991.

The union is blessed with two daughters (Sharon and Charlene Oyahkilome). 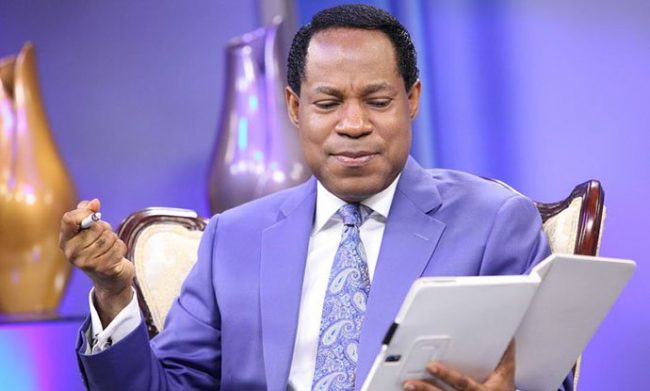 The family was subject to regular dissecting by the media when it was reported that the union is about heading for the rocks which it actually did.

The marriage was subsequently dissolved in February 2016 by a central family court in London after Anita filed for a divorce.

Following the divorce, Anita changed her name to Anita Ebodaghe as both parties took custody of each child.

The couple was joined by popular Israeli televangelist Benny Hinn on October 6, in Lagos Nigeria.

Controversies aside, Pastor Chris is a very stylish preacher, with his signature curly hairstyle that’s also imitated by some if not all of his pastors.

He lives an affluent lifestyle with major investments and prime properties at home and abroad.

He owns a private jet which was a gift from members of his LoveWorld records who decided to appreciate him on his birthday for his immense contributions to their successes.

He owns a classy fleet of luxury cars and a mansion to call his residence in Ikeja Lagos, Nigeria known as the White House.

As a renowned author in the world of Christian literature, Pastor Chris has published many books on different areas of life, gospel, and family.

Some of them include;

Your Rights In Christ

Now That You Are Born Again

How to Make Your Faith Work Good

When God Visits You

The Power Of Your Mind: Walk In Divine Excellence

The Seven Spirit of God – Divine Secrets to the Miraculous

One from his Alma Mater Ambrose Ali University, Ekpoma, and the other from Benson Idahosa University. I hope you enjoyed our Chris Oyakhilome Biography (2022) post?