Zainab Balogun Speaks On How She Met Her Husband 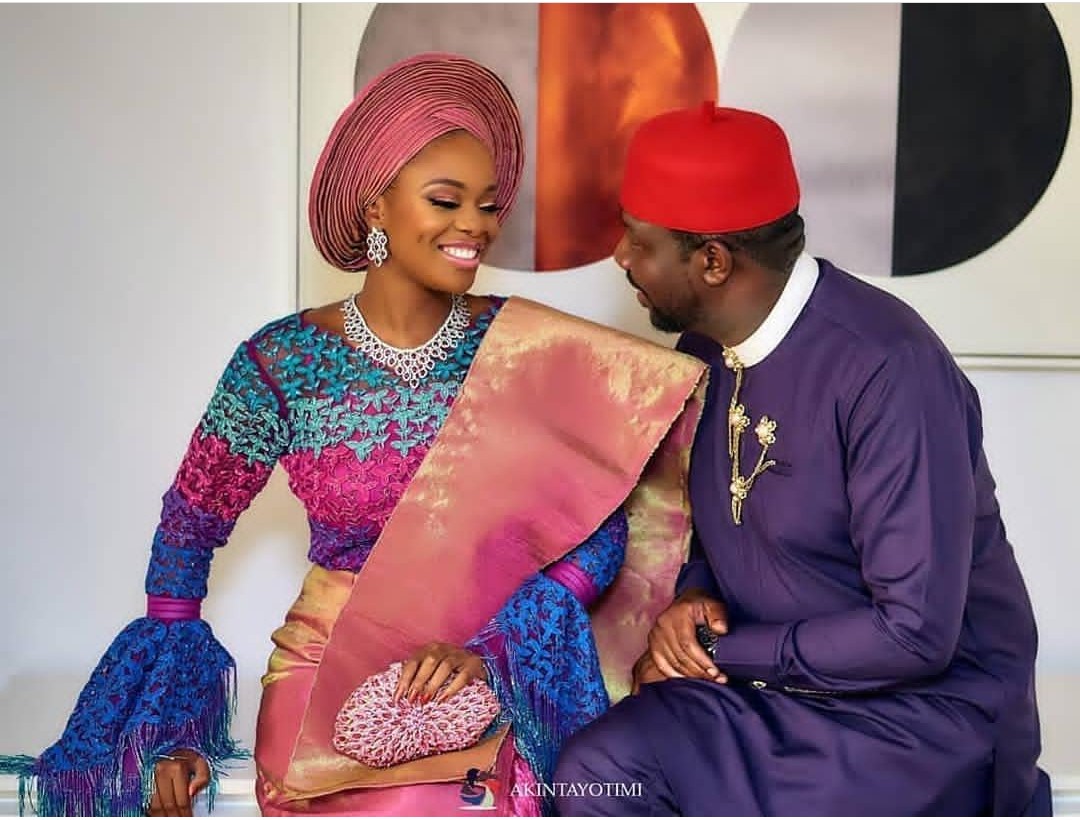 Nigerian actress, Zainab Balogun has revealed how she met with her husband, Dikko Nwachukwu.

The husband of the Nollywood actress in the owner of the Jetwest Airways.

In her statement, she revealed how she met with her lover and how it has been as a step mum to Dikko’s two sons.

Zainab during an interview with Bolanle Olukanni for Ndani TV, she said;

”I honestly didn’t envision I would get married as soon as I did. For me, it has always been about connections. I have never particularly dated guys for what they had or what they can give me. So when you meet someone that is the definition of kindness, of partnership, of love, of understanding, it just makes life easy. I think that is when you know somebody is for you, when it is not hard, when you don’t have to beg someone for attention, when you don’t have to communicate with you, they love what you do, they push you. It feels effortless.”

“So we were friends. We were introduced by a mutual friend, comedian Chigurl. She has got the spirit. I don’t know how many marriages Chioma has got under her belt. She was I have a guy that really likes you. We always joke and call you Slaynab. So we met, we had coffee. I wasn’t sure so I was like we should just be really good friends. We just built a really good bond and he became someone that I would talk to all the time”.

The actress speaks on when she first met with her husband’s two sons.

”At first I was Aunty Zainab and I remember my husband saying they really like you. I was like how can you tell and he was like suddenly, they are performing for you. They normally don’t do that. Then we started spending time together, doing all the fun stuff”

”I will never ever forget when we told them that we were going to get married. It was such a special moment. I remember they were sitting down and I was recording, they didn’t know I was recording and I said to them that me and Daddy are thinking getting married.. so how would you feel if I became your mum and we got married? It was so weird they burst into tears. They were so happy and for me, it just made sense.”