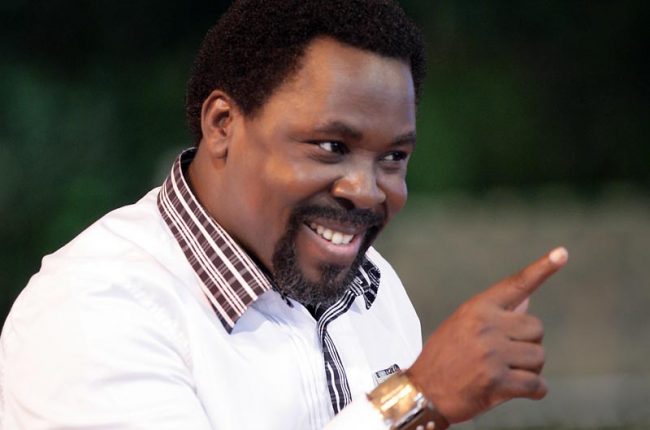 He is phenomenal and influential in Nigeria, Africa and around the world.

He is one very distinct pastor in the Nigerian religious setting, from his church operational style with just one branch to his style of the message and exceptional healing powers.

His profile is a very rich one, as at some point he was deeply immersed in controversies both locally and internationally which made him a focal point of analysis by media houses and blogs who feasted on his stories for days.

Very laid-back and pretty-skinned to all the harsh criticisms around him, the Pastor has continued to soar high in ministry and in net worth as founder of the Synagogue Church of All Nations (SCOAN) and Emmanuel TV.

His birth was characterized by some mysterious circumstances.

First, according to him, he exceeded is accommodation in his mother’s womb by 6 months spending a total of 15 months before being birthed.

Secondly, his birth was foretold 100 years prior.

Thirdly, at three days old, a large boulder attempted killing him by crashing the roof of the family house that contained. 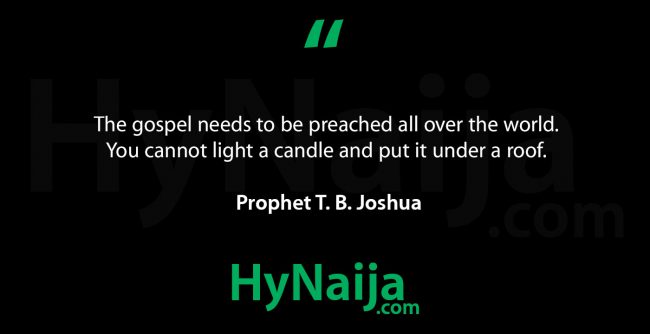 T. B Joshua educational history stopped at the elementary level due to extreme hardship in his family.

Early Signs of the call of God

He was said to have confronted a ferocious mad man in his school and tamed him afterward.

After a failed attempt at secondary education occasioned by poverty, Joshua did some menial jobs around the community just to subsist for a while but later attempted to enroll for the Nigerian military service.

In what seemed like an act of God, his train broke down and delayed his interview at the Nigerian Defence Academy by 6 days.

Subsequently, he got the message and headed back home.

In 1987, according to Joshua, he tarried at a prayer mountain where he prayed and fasted for 40 days, afterward he received a vision from God instructing him to start his ministry.

After the vision, Joshua began the Synagogue Church of All Nations in a very humble way marked by extreme poverty and endurance.

Today the narrative is different as his church hosts 15,000 members every service at his it’s headquarters in Ikotun, Lagos, Nigeria.

Rising to the Spotlight

If there’s one thing T.B Joshua is known is for is his exceptional healing powers and that has earned massive popularity amidst criticisms.

Daily thousands of people from across Nigeria, Africa and beyond troop to his church with all manner of sickness, curable and incurable.

He has healed thousands including celebrities and the traffic increases daily.

He was also brought to the spotlight by his prophecies.

Whenever he foretells, it has always materialized, the problem is, they’ve been negative prophecies.

From plane crashes, deposition of African leaders, bomb blasts, death of celebrities and world leaders, the prophecies have always towed that line.

This too has earned him widespread brickbats and criticisms as well as fame.

Due to his prophecies, African leaders discreetly fly down to Lagos to seek counsel from the prophet and most of them even attend his Sunday services.

He wields lots of influence in the African political sphere as he mentors a host of African president’s spiritual.

T. B. Joshua is happily married to Evelyn Joshua.

He proposed to her after meeting her for the first time and having discussed it with her for about 45 minutes to which she surprisingly agreed.

The union is more than 25 years old and is blessed with three daughters Serah and Promise Joshua.

His eldest daughter, Serah Joshua is a graduate of the London School of Economics where she read Law.

She was denied from graduating with a first-class honours because she was 1 point short of it.

On a personal level, T. B. Joshua has this very enviable humanitarian side which is being reflected in his ministry often as he doles out cash, gift items to widows, orphans and the less privileged at will.

He also gives scholarships to the less privileged and is planning on building a special university just for them.

One Forbes blogger reported that T. B. Joshua has spent an estimated $20 million on charity. 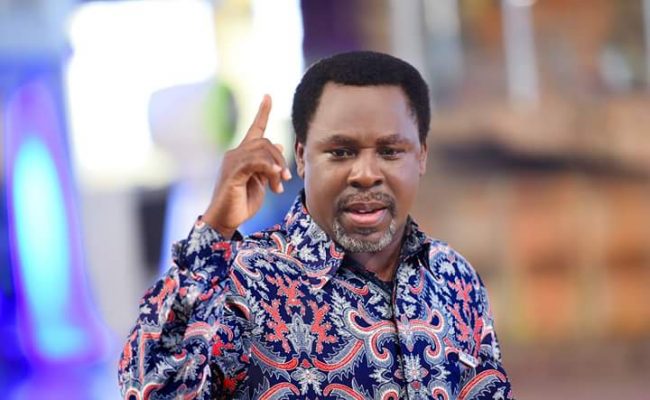 So famous has his church grown that it had become a tourist attraction and source of internal revenue for the church, the economy of Lagos and the Nigerian tourism sector.

It is reported that the church receives the number of visitors than the Buckingham Palace in London and the Tower of London.

The SCOAN is being described as Nigeria’s biggest tourist attraction with thousands of visitors all over the world on a daily basis thronging the city of Lagos.

This Day Newspaper had one time reported that 2 million visitors besiege the church daily, these visitors are drawn from all parts of the globe.

As a result, the church has a massive four-story guest house that accommodates its guests.

Emmanuel TV is a television station run by the church.

It airs 24 hours all year round and is being viewed by an army of audiences across the globe via its satellite network.

It is regarded as Africa’s largest Christian television network.

T. B has received the national merit awards of Office of the Order of the Federal Republic (OFR) by the Nigerian government in 2008 due to his rare philanthropist.

He was recognized as one of Africa’s 50 most influential people by Pan-African magazines ‘The Africa Report’ and ‘New African Magazine’.

He has been voted the Yoruba man of the decade by Pan-Yoruba media outlet Irohin-Odua.

He was honored as an ‘Ambassador of Peace’ by the ‘Arewa Youth Forum’, a predominantly Muslim organization, in appreciation of his humanitarian strides.

He has received a letter of appreciation from the United Nations for his support in alleviating the woes of victims of disasters in some parts of Africa.

He has received an “award of excellence” by ZAKA Israel’s primary rescue and recovery voluntary service.