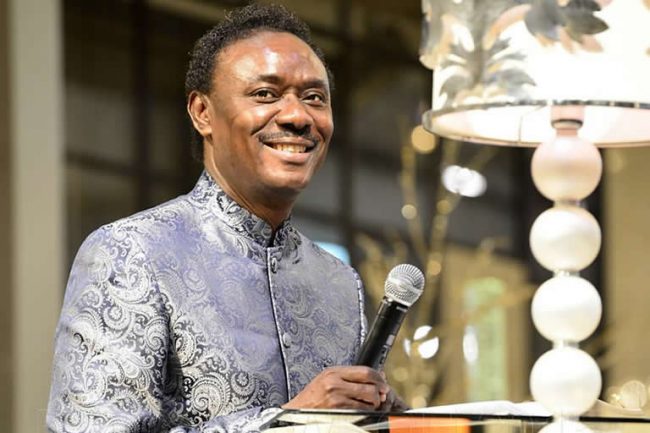 Looking for Chris Okotie Biography, Family, Books & Ministry? Well famed for his articulation and rich vocabulary, Pastor Chris Okotie is one pastor that exists in a class of his own.

Call him a classy contemporary gospel preacher or a stylish handsome man of God behind the pulpit, either ways you’re right.

Perhaps, his rare style and carriage stems from the fact that he was a secular artist, and not just an average Nigerian music art but a very famous one way back in the 80’s before he was extracted out of the world and into God’s business.

One visit to his church and his sermons will remind you of when last you flipped through the pages of your dictionary and that’s basically his identity: the preacher who’s snappy, in vogue and sher elegant.

Suffice to add that he once attempted to fulfill the biblical scripture that says “When the righteous rule, the people rejoice”.

In a bid to carry out this bible passage, he ran for the presidency thrice under the Justice Party and fresh Democratic Party, the attempt at political relevance wasn’t successful but it earned him widespread popularity and placed his records in the annals of Nigeria’s political narrative as one of it’s presidential aspirants.

Let’s take a look at the interesting profile of a preacher, politician, tele-evangelists, author and senior pastor of Household of God International Ministries, Lagos, Nigeria.

On the 16th of June, 1958, Pastor Chris Okotie became a source of joy to Francis and Cecilia Okotie (Parents) in Abraka, Ethiope West of the defunct bendel state, now known as Delta State.

For his educational pursuit, he attended the famous Edo College in Benin City and then proceeded to the University of Nigeria, Nsukka where he bagged a degree in law.

His educational profile won’t be complete without including his theological education at the Grace Fellowship Bible School, Tulsa, Oklahoma. 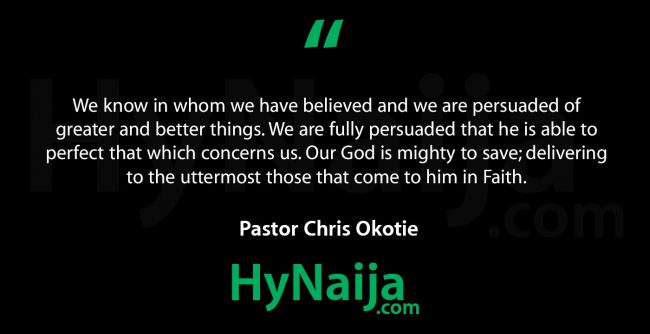 Life Before the Pulpit

The dandy preacher had a robust career in music prior to receiving the call into full time ministry.

His music career had it’s roots while he was in secondary school at Benin City.

Occasionally he would entertain his young high school audience as a member of the school’s music club.

The turning point for his music career came after his father’s death in his maiden year at the University of Nigeria, Nsukka.

Chris layed his deceased father to rest and told his school he’ll be right back in a moment and ventured into music full time which made him popular and notable as one of the most fascinating pop stars of the Nigerian Music Industry in the 80’s.

Recall that he promised to return to school, well, he did fulfil that promise and wrapped up his law degree.

Again Chris’s early life was characterized by another rollercoaster.

After he completed his law degree following the first interruption by his zest for music, he proceeded to law school where his educational career was again interrupted by the quest to fulfil God’s calling.

We aren’t certain if he went back to school this time, but one thing was sure; he founded the HouseHold of God International Church in 1987 after he graduated from a Bible School in the U. S and that was when he brought in the vibes from the secular world and infused it into his anointing and calling making him one of the most classy men of God in the country.

Pastor Chris have been married twice and you might want to think that’s controversial enough until he announced in 2012 that he had called it quits with his second conjugal union with Stephanie Henshaw.

For his lifestyle, one word comes to mind “flamboyant”.

He has a softspot for luxury cars and this is evident on his exotic fleet of cars.

Obviously, ministry have paid him in full and his assets are a reflection of his success in ministry.

From his cars, houses investments, you can only see prime luxury redefined. 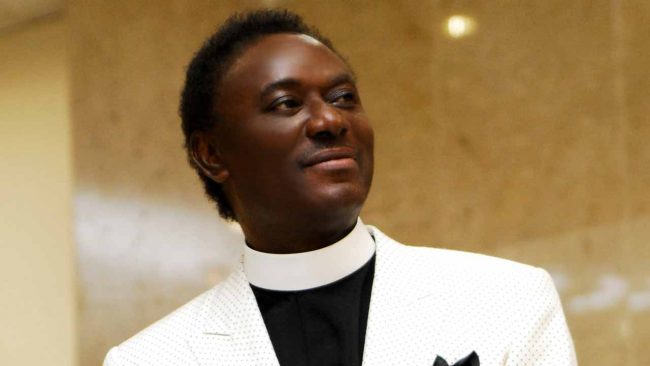 For the umpteenth time, pastor Chris have vented out his frustration on how the nation is being led and have aired his passion to liberate Nigeria through his leadership qualities.

This has translated to his first attempt at the presidency in 2003 under the Justice Party (JP) where he lost to incumbent President Olusegun Obasanjo.

If you think that had given him a red flag at politics then you’re mistaken because he ran again in 2011 when President Goodluck Jonathan of the People’s Democratic Party won the elections.

His books speaks volume of how interested he is in the state of Nigeria as he tries to proffer solutions while raising an outcry of imminent danger if things don’t change for the better.

Below are some of his books.

A terror war beyond hashtags

A conference of geriatrics

In search of game changers

Power shift: what my readers say

Adadevoh and the Ebola crisis

This present assault on education

2015: Imperative of the paradigm shift option

Counting the cost of insecurity

Pastor Chris loves to give out to the society, he is an ardent believer of the principle of giving.

His philanthropic lifestyle can be summed up in one single entity “GRACE”.

The Grace program is an annual charity event where his church perform random acts of giving to the needy and less privileged.

The Karis Award also tags along with the Grace outreach where eminent Nigerians who have been outstanding in their various fields of endeavors are being honoured dead or alive.

It is also being organised by the HouseHold of God Church, Lagos.