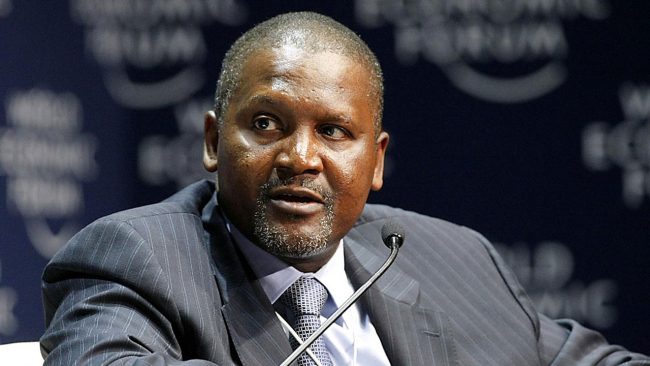 Here’s Aliko Dangote Biography & Net Worth (2022) – What comes to your mind when you hear the name Dangote?

You’re right if you make one of those choices, there are just too many adjectives to describe the one man that has proven that Nigeria is indeed the locus and starlight of Africa and that the nation is not just known for every odd thing there is.

Out of Nigeria’s famous Northern region highly acclaimed for its vast level of indigence came the pride of the blacks, the richest man in the world with the color black on his African sun-scorched skin.

Below is Aliko Dangote Biography & Net Worth (2022)

Dangote was born into a wealthy Muslim family as both parents were known to be very rich, notably, enough was his maternal great-grandfather, Alhaji Dantata who was the richest man in Africa prior to his death in 1955.

His early life was characterized by a flair for business which saw him begin trading in earnest right from his infant days in school.

He was quoted as saying:

“I can remember when I was in primary school, I would go and buy cartons of sweets (sugar boxes) and I would start selling them just to make money”. 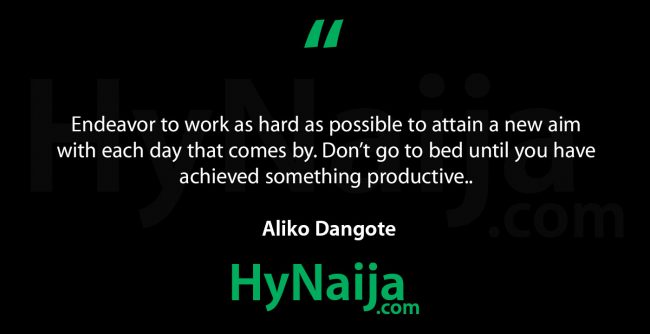 Dangote was first educated the Islamic way as the custom of his clan demanded, before proceeding to Capital High School in Kano to receive a formal education.

He would later obtain a degree in Business Administration from AL Ahzar University, Cairo, Egypt and that was all the academic backing he took to become the richest black person in the world with a staggering net worth. 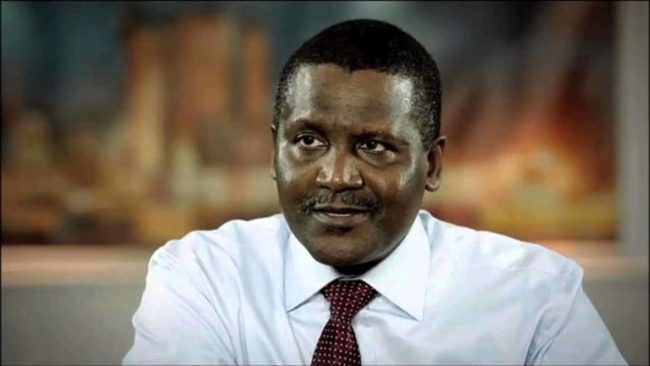 His success story has this very humbling prologue of obtaining a loan of N500,000 from his very rich grand-uncle, Alhaji Dantata to start up his business in 1977.

He would later move to Lagos the economic melting pot of Nigeria to officially kick off the Dangote group which was just seen then as a petite trading firm dealing in cement sales.

Through sheer diligence and enormous love for business, the Dangote group has risen to become the largest conglomerate in West Africa.

Most of its business products include salt, sugar, cement, flour, and most recently oil and gas and telecoms.

The Dangote group has massive business influence in Africa with branches in Togo, Ghana, Benin Republic, South Africa, Cameroun, Zambia, and Tanzania with its headquarters in Nigeria.

Dangote’s net worth is projected to missile into high heavens with his recent venturing into the downstream oil sector of Nigeria.

His soon-to-be-completed oil refinery is reputed to be the largest in Africa and is expected to employ over 30,000 Nigerians asides from the 11,000 currently on his payroll.

Suffice to add that his sugar and floor refinery is the largest in Africa and third largest in the world, supplying sucrose to the bulk of carbonated and beverage drink companies in Nigeria.

He also imports thousands of metric tonnes of rice into Nigeria as well as exportation of cocoa and other cash crops to several developed climes of the world.

His massive influence in the Nigerian market is seen daily as his trucks ply the major highways of the broad expanse of Nigeria’s own share of the African continent on a daily basis distributing diversified products to consumers from his company.

As his business continues to diversify, the telecommunication industry is not left out as he is reportedly building 14,000 kilometers of fiber optic cables across Nigeria waiting for the launch of his telecom brand which will of course become a subsidiary of the Dangote group.

2011: Never has Nigeria witnessed a drastic positive change in its labour market championed by an illustrious son in the 21st century and hence in November 2011, the federal government of Nigeria deemed him worthy to be accorded the second-highest honour in the land, the Grand Commander of the Order of the Niger (GCON).

2013: Dangote and six other Nigerians were conferred honorary citizenship of Arkansas State by Governor Mike Beebe who also proclaimed 30 May of every year as Nigeria Day in the U.S.

2014: Forbes Africa’s person of the year

The Patriotic Side of Dangote

Dangote demonstrated his sheer love for Nigeria when he was quoted as saying “Let me tell you this and I want to really emphasize it…nothing is going to help Nigeria like Nigerians bringing back their money. If you give me $5 billion today, I will invest everything here in Nigeria. Let us put our heads together and work”.

Dangote in 2014 donated the sum of N100 million to curb the spread of the deadly Ebola virus disease in Nigeria.

Dangote has been happily married four times with all marriages ending in divorce.

His marriages have produced just 3 children for him.

In 2010 a popular tabloid had reported that Dangote was en route to purchasing a 16% stake in Arsenal Football Club, the billionaire had reportedly debunked the rumor.

However, in 2015, Dangote reportedly indicated interest to purchase Arsenal FC and announced that if he does, he was going to fire the club’s long-term manager, Arsene Wenger who has been involved in a losing streak.

The investor, billionaire, and business mogul is reportedly worth $16.6 billion and is ranked by Forbes as the 100th richest person in the world.

However, in 2014, he rose up to be the 23rd richest person in the world toppling Saudi-Ethiopian billionaire Mohammed Hussein Al Amoudi in 2013 by over $2.6 billion to become the world’s richest person of African descent.

Forbes in 2017 had also ranked Dangote above U.S President Donald Trump in net worth after the President of the free world lost over $1 billion the previous year.