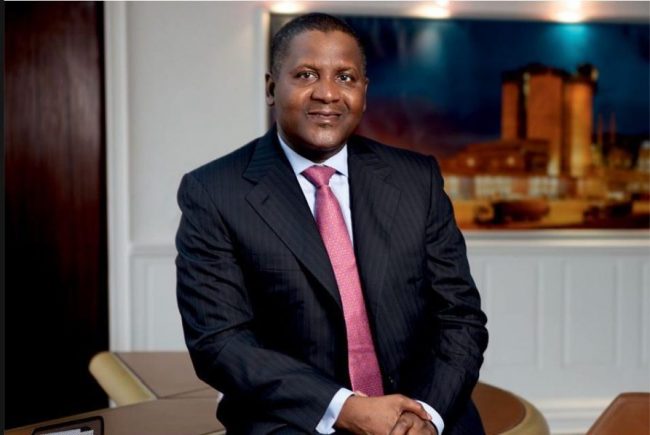 Are you looking for the top 10 richest men in Nigeria (2022)? Nigeria is one of the world’s most resilient nations and the most populous black race in the universe.

She plays host to a number of billionaires and prides itself as the sole African nation with the highest number of financial bigwigs and aristocrats.

The imposing city of Lagos which is the continents’ largest is home to 90% of the nation’s billionaires.

Every day, Nigerians strive to be even better and outdo themselves in affluence and general success.

This has made the country a competitive financial battlefront that only the fittest survive.

READ ALSO: Top 10 Richest Pastors in Nigeria & Their Net Worth

Through a pretty rocky terrain laden with economic and infrastructural woes especially in terms of power, these billionaires have been able to carve a niche for themselves and stand out as the most affluent in Africa’s gigantic nation of immense wealth, bounty natural splendor, and great personalities.

When Dangote’s uncle lent him the sum of 500, 000 nairas in 1977, little did he know that he was furniture a seed that will germinate and produce the world’s richest-colored man.

Born into splendor and plenty, Dangote didn’t go all complacent with the pool of wealth that was keeping his temperature mild but scrabbled his way like a pauper into becoming the richest man in Africa and the 67th richest man on the planet.

The 61-year-old billionaire attended Al-Azhar University, Cairo, Egypt where he obtained a degree in Business Studies and Administration.

In 1977, he took a loan from his maternal grand-uncle Alhaji Dantata and promised to pay it back in 12 weeks which he actually did. With the loan, Dangote began trading in cement.

He would later relocate to Lagos and expand his business into a conglomerate with the inclusion of sugar, flour, salt, noodles, and most recently into oil and telecoms.

Today, the Dangote group is the biggest business conglomerate in West Africa with its subsidiaries in major African nations like Benin, Togo, South Africa, Ethiopia, Ghana, and Zambia.

Dangote is a huge employer of labor in Nigeria with over 11,000 people on his payroll.

With the launch of his refinery insight, Dangote hopes to employ more than 30,000 Nigerians into the largest refinery in Africa.

He is a philanthropist and a concerned Nigeria which manifested in his huge financial inputs in curbing the spread of the deadly Ebola virus when it did hit Nigeria.

With Dangote’s recent investment in oil, his net worth is expected to have a turbo speed increase and create a gigantic overlap between him and his cohorts.

It will further solidify his position as the richest black man in the world with little room for any opposition.

He is a Nigerian business magnate, investor, and philanthropist from Ogun State, Nigeria.

Adenuga who was once a chauffeur and security guard in London while trying to see himself through school is Nigeria’s second richest man.

On returning from the United States at age 26, he joined his mother in her sawmill business where he began his rise to fame and wealth.

Adenuga’s company–Consolidated Oil Company in 1990 received an operating license from the Nigerian Government to begin the drilling of oil in Nigeria’s upstream petroleum sector.

He rode on that license to success and became the first indigenous contractor to achieve the feat.

His oil company has been renamed Conoil where he seats as a chairman of the board.

He then obtained another license surrounded by conditions and policies in 1999 to float his telecommunication company.

The license was repealed but was later granted back to him in 2003, hence the arrival of Globacom which later became the second largest telecommunication industry in Nigeria based on subscriber density and equity.

He is a very reserved billionaire and usually stays away from the prying eyes of the media.

Adenuga has also invested a whole in charity, sports, and entertainment in Nigeria. 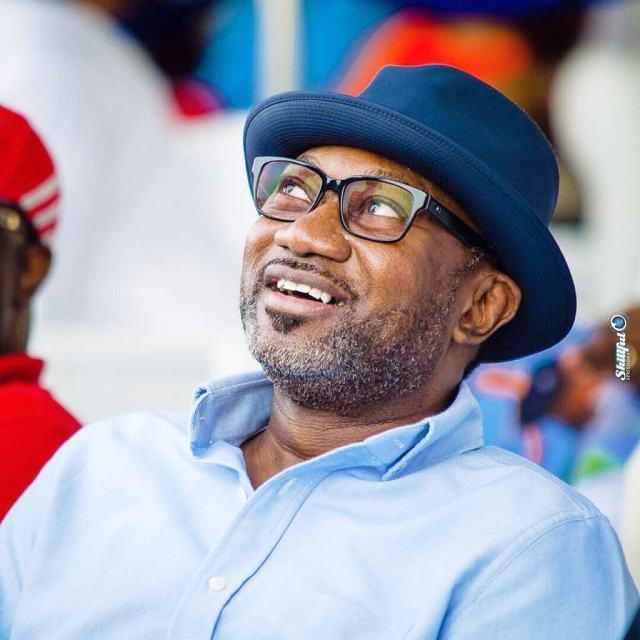 Born in 1962, in Ibadan, Nigeria, Otedola came into a wealthy family where his father, Sir Michael Otedola was the former Lagos State Governor in the military regime.

Forte Oil is one of the largest distributors of petroleum products in Nigeria.

He is also the owner of Zenon oil – a petroleum products marketing and distribution company founded in 2003.

He is an investor mogul with a number of companies under him.

Otedola was a one-time chairman of Transcorp Hilton Hotel Abuja which is a member of the famous Transcorp conglomerate with interests in real estate and banking.

He is also the president and CEO of Seaforce Shipping Company Ltd – a leading company in the shipment of petroleum products into the country.

He is the founder and chief executive of swift insurance which is his investment in the corporate finance world.

Otedola is a huge giver.

This has been reflected in his numerous financial contributions around the country via his Michael Otedola Foundation.

He awards scholarships to less privileged students in the Lagos States annually through this foundation. 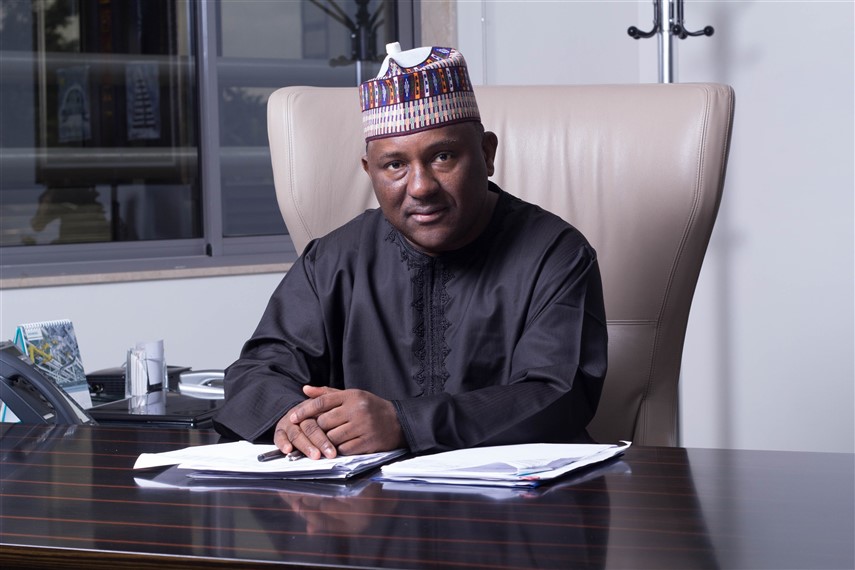 Born in the ancient city of Kano, 1960, Rabiu is a Nigerian business mogul, chairman, and founder of the BUA group – a very influential business conglomerate in Nigeria with the second largest sugar refinery in sub-Saharan Africa.

On returning from Ohio, he joined his father’s business which was also the family business with the name Isyaku Rabiu & sons.

The family’s business conglomerate had interests in banking, real estate, insurance, and manufacturing.

In 1988, Rabiu went solo on the family’s business and founded the BUA Group which at the time was meant for commodity trading alone.

The BUA group would later acquire Nigerian Oil Mills Limited, which at the time was the largest palm oil manufacturing company in Nigeria.

His company began expanding tremendously starting with the establishing of flour mills in Lagos and Kano.

It later got involved in cement manufacturing after purchasing some stocks in the cement company of northern Nigeria.

Rabiu who was once the board executive director of Nigeria’s Bank of Industry is a philanthropist and gives to society via the BUA Foundation.

Danjuma is a retired General in the Nigerian army.

After leaving the Ahmadu Bello University, Zaria to enroll the Nigerian army, T.Y. Danjuma as he is popularly known became a bigwig in the army and later ascended to become Nigeria’s Chief of Defence staff in 1975 and Nigeria’s Minister of Defence in 1999.

In the midst of his military streak and endeavors, he took interest in the petroleum industry and became a key player in the Nigerian petroleum downstream sector.

After retiring from the Nigerian army in 1979, Danjuma began his own shipping company known as the Nigeria America Line which was involved in the shipping and marketing of petroleum products.

He then doubled his shipping business with the launch of another shipping company in 1985 called NAL-COMET Shipping Nig. Ltd.

Through his pedigree and influence in the country, he was awarded some oil blocks by the federal government of Nigeria when he founded his oil exploration and production company known as South Atlantic Petroleum (SAPETRO).

He is a philanthropist and gives through the T.Y Danjuma Foundation.

Elumelu is a Nigerian banker, investor, billionaire, and philanthropist.

He is renowned as the Chairman of the United Bank of Africa (UBA) – one of the most prestigious banks on the African continent.

He is from Delta State, southern Nigeria.

Elumelu is also an economist having obtained double degrees from both the University of Lagos and Ambrose Ali University, Ekpoma.

Tony Elumelu is also the chairman of the transnational corporation simply known as Transcorp – famous for the ownership of the luxury 5 stars Transcorp Hilton Hotel in the nation’s capital Abuja.

In 2010 Elumelu quit as chairman of UBA and founded Heir holdings a conglomerate with interests in banking, real estate, insurance, healthcare, energy, hospitality, and agribusiness.

He is also highly revered for his philanthropic activities under the Tony Elumelu Foundation where he empowers young entrepreneurs who are armed with great business and innovative ideas but lack funding to start up.

The scheme has been more than successful and each year thousands of entrepreneurs across the country are empowered to carry out their dreams.

He is the managing director of Yinka Folawiyo Group, a conglomerate conceived and birthed by his father.

He inherited the group in 2008 following the demise of his father Wahab Folawiyo.

Tunde, prior to the inheritance of his father’s business, graduated from the London School of Economics with a degree in Economics in 1980 and went further to study law at the University College London where he bagged a degree in law (LLM) in 1985.

He was immediately called to a bar while in London. Barr. Tunde would later quit his law profession in 1989 after establishing his own law firm in Nigeria and only practicing for four years.

The Yinka Folawiyo group is into shipping, real estate, agriculture, and energy.

Tunde in a bid to expand his father’s conglomerate founded Folawiyo Energy Ltd as a subsidiary of the Folawiyo business empire.

Tunde amongst other numerous positions is a director at MTN NIGERIA – the largest telecommunication industry in Nigeria.

Tunde’s financial portfolio is quite a brilliant one.

Having obtained two degrees in London, he decided to use the first one which was in Economics, and rode to success on its back ditching that of Law.

Widely acclaimed around the country as the founder and chairman of Zenith bank – one of the leading banks with the greatest assets in Nigeria.

Jim Ovia who hails from Delta State, Nigeria is a foremost banker, businessman, and investor.

He attended the southern university, baton, Louisiana, the United States in 1979 where he got a degree in Business Administration and decided to enrich his profile further by attending the Harvard Business School.

Jim is also the owner of Visafone, a mobile telecommunication company that was acquired by telecom giants MTN.

He is the chairman of Cyberspace Network Limited and chairman of the Nigerian software development initiative. 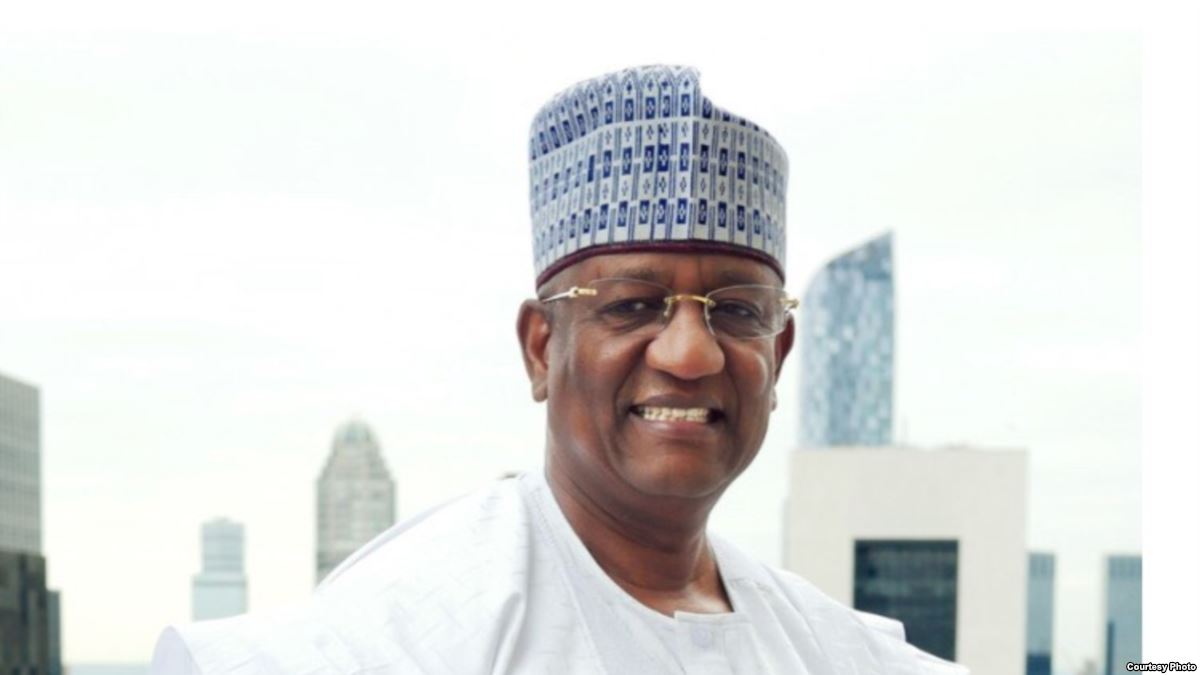 He is the founder and chairman of Oriental Energy Resources.

He founded Oriental Energy – an oil and gas company in 1990 and has through it made his fortunes.

Indimi is an In-law to the president of Nigeria, Gen Muhammad Buhari, and former in-law to ex-military President Gen Ibrahim Babaginda.

Orji Kalu is a Nigerian politician, business mogul, and investor.

Prior to politics where he served as governor of Abia state for two terms, Orji Kalu was a serious businessman who eyed politics incredibly.

From his days at the University of Maiduguri where he was studying political science, Kalu demonstrated a strong passion for student unionism and that would cost him his education as he was suspended and never returned back to the school.

He chooses to rather start up his business by trading in palm oil produced in his home state.

SLOK holdings also have a presence in some major countries in Africa, the United States, South Korea, and the United Kingdom.

Your turn.. What do you think about our top 10 richest men in Nigeria?