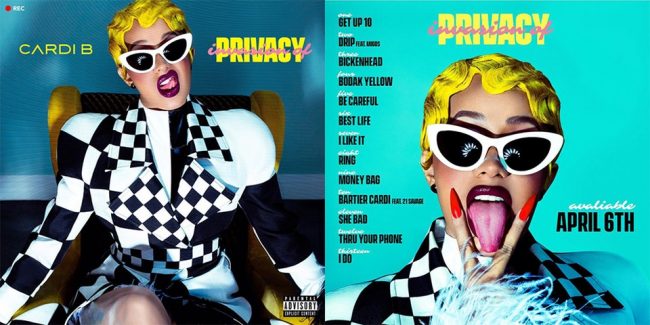 Helmed by Kanye’s production, everything was just perfect.

Lyrics, delivery, punchlines and birthing one of the coldest beefs of 2018 against Drake (not that Eminem vs. MGK nonesense), Pusha outdid himself.

This is what pristine hiphop in its purest form should sound like.

The Grammy nom is an icing and I hope he gets it, but we all know how the Grammy’s work.

There’s something good about Chicago and the way it gives us unforgettable musicians from Common, Kanye West, Lupe Fiasco, Chance The Rapper, Vic Mensa, Mick Jenkins, Noname and now Saba.

He talked about loss, and his family, and struggles and he flexed plus that special Chicago flavor pioneered by Chance and Vic Mensa.

What’s not to love about Royce.

His pen and his tongue is sharper than any emcee’s out there.

On Book of Ryan, he wrote and rhymed about his family, growing up, the little things we take for granted as brotherhood and friendship, looking out for each other and I could picture everything so picturesque.

Book of Ryan was the album I related to and enjoyed the most in 2018.

It’s a long album but there are no skippable tracks, plus Eminem is featured here too.

J.Cole with an unforgettable and emotional verse.

Mr. Platinum with no features.

Lest I forget, did I mention Obama is jamming to this?

I have a personal bias for Lu.

Some of you already know that but Lupe is not on this list merely because I like him.

I think he may have another classic on his hands with DROGAS WAVE.

He already does with F&L, The Cool and T&Y.

This was a concept album.

Built around the story that some West African (some say they were Igbo) slaves, took their destiny into their hands and instead of being sold as slaves, committed suicide by drowning themselves in the Atlantic and founded an under-water kingdom from where they wreaked havoc on slave ships en route to the Americas and the Caribbean.

This is supported by historical fact.

This album is heavy stuff and deep and filled with metaphors.

Only the elitist mind would appreciate it, but Lupe also makes it easy by infusing trap elements, wordplay and rhymes like his life depends on it.

“Mural Jr” and “Happy Timbuck2 Day” are my favorites.

If you’re a fan of poetry and academic lyricism, you’d love this album.

Cardi showed she wasn’t just a one minute wonder with the success of “Bodak Yellow”.

Invasion of Privacy is a solid debut, and from the get go when you press play and your eardrums are introduced to the opener “Get Up 10”, you know she’s for real.

Her Bronx flavor and funny persona permeates the whole album and you can’t help but love her.

Plus she’s got arguably the most popular record of 2018 with “I Like It’ which even Obama listed as one of his favs.

You go girl, Cardi did great with this one.

And then Joel’s Rhymes have never been so on point.

I used to think Joel Ortiz was the weak link on Slaughterhouse, but he cleared my doubts.

Royce Da 5’9 makes an appearance too. This would be my underground album of the year.

The only album that I fell in love with from the get go.

Damn, Meek! Kid just came out of jail and dropped a very solid, surprise effort on us.

No skippable tracks and then there’s that Jay Z feature which I’m going to share next year on one of those #PoetryTuesday sessions.

Used to pay just a casual attention to Meek, but he gave me my Made-You-Look moment of 2018.

The girl who whispers her raps.

Started as a slam poet and graduated to open mic performances and now a rapper in her right.

Speaks about sexuality, blaxploitation and has flexed with other Chicago wordsmiths like Chance, Mick Jenkins and Saba (Something good is coming out of Chicago besides the violence).

Such a self-aware artiste and practically has the rap quotable of 2018 with these lines:

Go get the Telefone album first, otherwise, it would be jumping the gun and putting the cart before the horse as you may just not understand.

Who flexes more than Rocky?

Cocky, braggadocious and damn oozing so much swag?

King of the A$AP Mob.

Everything A$AP Rocky does on screen, he does it in music too, or is it the reverse? Lol.

Rhymes for days, Skyzoo is an underground king.

2. The Carters – Everything Is Love:

Jay and Bey really did it.

All those collabs over the years between them only confirms this.

Been Waiting for Phonte to drop since 2011’s “Charity Starts At Home”. Didn’t disappoint at all.

Kanye and Cudi re-ignited their chemistry since “Day N’ Night”.

An entire album about sex and sexuality and still sounds fresh.

Ladies got a thing to say about the subject.

If there’s an award for most vulgar and R-Rated album, Cupcake’s “Ephorize” should get it.

And he had a Number 1 with a mixtape after last year’s also number one album.

Just stop all these talks about retirement.

We know you just love to rap.

Only guy who gathered the entire Wu-Tang Clan on a song.

The concept of a hiphop boy-band never sounded so good.

Infused with so much soul and anger.

Kendrick and friends really went in.

I listened to this album out of respect for Weezy’s art.

2018 Lil Wayne is no longer the Lil Wayne of “Tha Carter III” or even “Carter IV” I fell in love with.

At some point, the album sounded dated, and dusty.

But then, this is an album that ought to have been released like 3 years ago, so I understand.