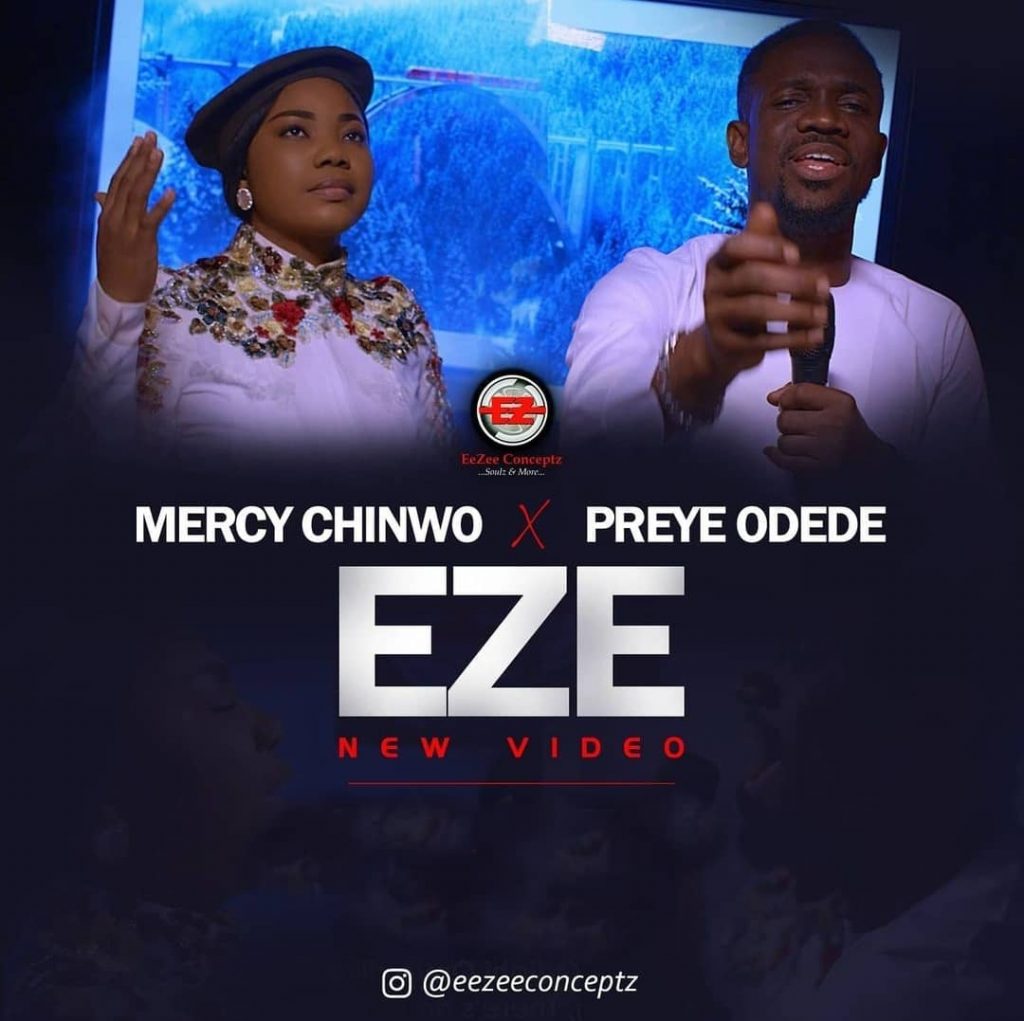 Mercy Chinwo released a heartwarming and addictive song. The song was tagged “Eze”, featuring our very own sensational Preye Odede.

After the release of Excess Love, it’s no more news that this amazing Gospel singer is indeed a talented lady. The songstress stunned the gospel world with another spirit-filled sound tagged “Eze”.

Mercy Chinwo is a Port Harcourt-born Gospel artist that has been in the music ministry for more than a decade before her hit song Excess love.

She started her music mission far back when she was still a young teenage girl, as time went by she became a backup singer for some well-known Gospel artists like Sinach and Frank Edwards.

The new song was recorded during a live session and the prolific gospel singer, Preye Odede was featured.

Multi-Talented music artist, Mercy Chinwo and Preye Odede in this song expressed their heartfelt worship to the Lord Almighty, the song came alongside a video performance.

“Eze was Released from the stable of EeZee Conceptz production while the video was directed by Avalon Okpe.

“Eze” is a Trendy Worship single with powerful lyrics. This song is written in English and Eastern Nigerian dialect (Igbo) it’s a song that proclaims God’s sovereignty and also encourages everyone to worship the reliable and living God.

Mercy Chinwo and Preye Odede express their heart for God with outstanding vocals that sound like the voices of angels in a joyful assembly.

Yes, Mercy and Preye are really great combo and their fans would love to see them do more songs together as they can not get over this hit track.

In simple terms what the song “Eze” stands for is the ruler of the earth there is none like you in the earth, sky, and sea. This song was sung in a key B major and it has a 4/4 time signature.