Unexpected! See what Falz did to lady at his concert 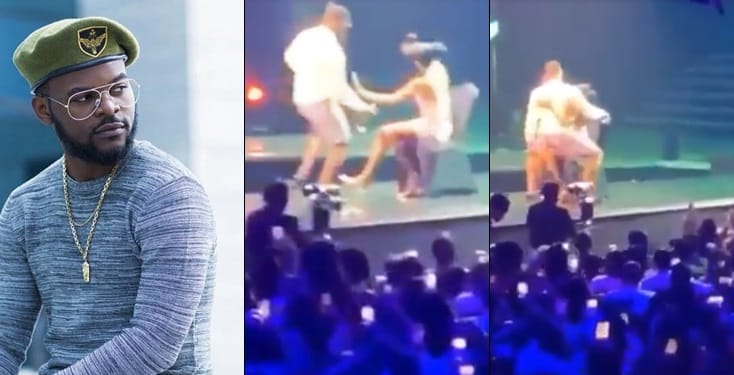 Falz known as a moralistby many did the unexpected during during his concert ‘TheFalzExperience2’ which held at the Eko Convention Centre, Lagos.

He seduces a lady as he yanked off his trouser revealing his boxers just has he starts rocking her.

The aim for the was strictly to amaze his fans who came for the show.

He also made seductive dance moves, even lying on the floor. The lady who was surprised and excited at the same time, held on to him as he rocked her.

Nigerian ladies are known for ‘famzing’ male singers. The lady as expected brought out her phone to capture the moment.

Check out the video below.

Loading...
Newer Post
Despite law against homosexuality, Nigerian man says he is proud to be a gay
Older Post
Mercy Aigbe Drums Support For Tonto Dikeh