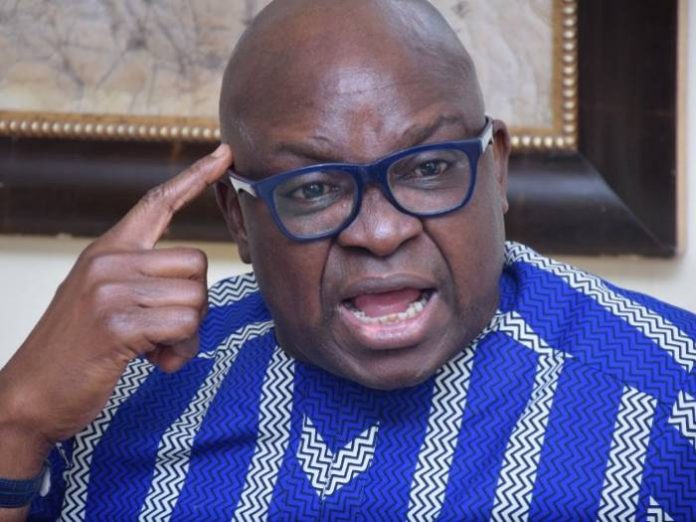 Former Governor of Ekiti State, Ayodele Fayose, has reacted to the victory of Nyesom Wike in the governorship election in Rivers State.

Fayose who took to his Twitter account in his reaction described Wike’s victory as a historic one.

The former governor stated that Wike’s victory is a sign that Nigerians were capable of defeating ‘tyranny’ threatening democracy. He wrote;

“I congratulate my friend and brother, Governor Ezenwo Nyesom Wike and the entire people of Rivers state for this sweet and historic victory over those forces of evil who for their own selfish reasons turned the state to a killing field.”

“That the people of Rivers State stood by Governor Wike and the PDP even in the face of death is a sign that Nigerians are capable of defeating tyranny and this will just be the beginning of more victories over the forces threatening the survival of democracy in our country.”

The Returning Officer in the state, Professor Teddy Addia, stated that the Governorship candidate of PDP scored 886,264 votes to defeat his closest rival Biokpomabo Awara of the AAC who scored 173809 votes.