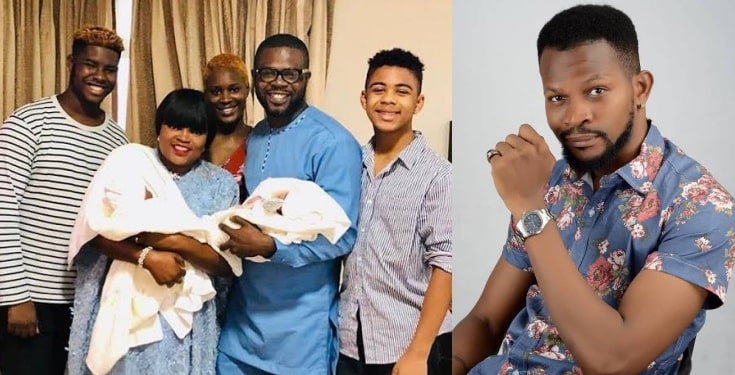 Nigerian actresses and other female celebrities have been advised on how to avoid marriage crash.

According to Uche Maduagwu, celebrities must begin to follow the step of Funke Akindele Bello, who is married to singer, Rasheed Bello, of the defunct JJC squad.

“So many popular actresses marriage crash because they lack the PATIENCE of @funkejenifaakindele ??Its a blatant SHAME that most actresses in #Nollywood mistake their marriage for Jamboree, ?where everything has to be FUN always, ?forgetting that many times, the hype and fun of that holy institution ends at the doorstep of their flamboyant #WEDDING ceremony. ?They forget that there is no #PERFECT marriage anywhere, but according to Proverbs 14:1 ” A wise woman builds her home, but a foolish woman tears it down with her own hands”

“✏️Some popular actresses forget that marriage will go through HELL before it gets better, ?it’s just like GOLD, it has to pass through fire before it shines brighter, ?and most times, the process never ends…✈️That’s why even the Holy Bible says in Proverbs 14:29 ” Whoever is patient has great understanding, but one who is quick-tempered displays folly “. ✏️If every #actress in #Naija can borrow the godly patience of @funkejenifaakindele there would be a decrease in celebrity marriage breakups in Nollywood.?”

Loading...
Newer Post
“I’m proud of you” – Ned Nwoko tells Regina Daniels as she bagged appointment as youth ambassador of the Super Eagles supporters club
Older Post
EXTRA: Lady says she would rather sleep with a man for money than to love