What is stopping Nigeria planning a better Nigeria as countries like UAE, USA, CHINA and rest did 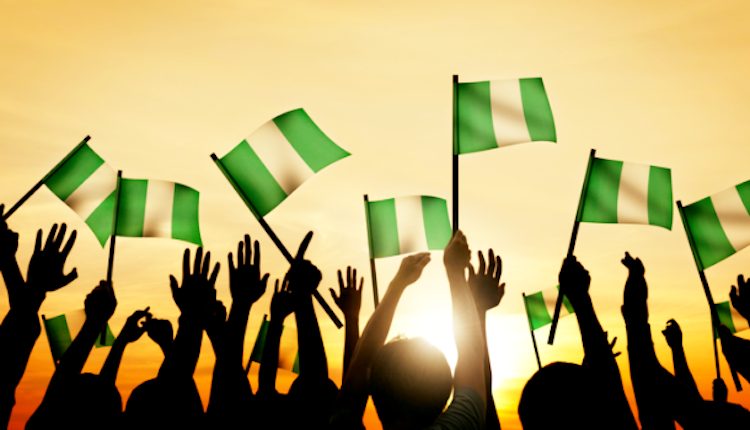 I wanted to post this but I said no… I will not post. In case you are reading it, you are only reading my mind out. I did not post anything.

So for your mind your vote go count?

The games has always been de same! Smart one wins. Full stop!!!

Nigeria will become a country where vote count when individuals learn to work for themselves and rise above poverty.

So long poverty remains, inclination to bribery, corruption, thuggery, area boys, election voilence and rigging, politics and religious bigotry will remain and we will keep shouting the same thing (God help us).

When I say that Nigeria is not yet ripe to be an independent state, people around will want to kill me.

Just tell me if we have Eliza as our Queen, will there still be a Boko Haram?

Infact they would not even sprout out at the first place.

Nigeria before independence is better than Nigeria now.

Today we still have Niger bridge as the most beautiful and sophisticated bridge in Nigeria, if not in the whole of Africa.

Lagos before independence is 100% better and more beautiful than Lagos now.

Since in the hands of a supposedly called son of the soil, what are you seeing, poor management and negligence.

Biko Nigerians, the earlier you begin to realize that Nigeria is not going anywhere de better for your health to avoid High blood pressure and depression.

Let’s start from our corrupt politicians.

That Governor, that senator, that president is he not your father, mother, uncle, auntie, and in-laws.

Why not talk to him as your uncle, father or mother or in-law that he not doing well for Nigeria.

All of our wicked politicians come from a home, so go tell him now that he is corrupt and not leading Nigeria correctly.

Tell your father or uncle or any of your relations that is a Politician that he is wicked and misleading Nigeria.

But you will not tell him.

The major problem of this country Nigeria is on the Constitution.

If Nigeria want to solve this problem, they should destroy the Constitution and rewrite better one that will put into consideration different ethnic groups in Nigeria and as such, power zoning or circulation should be Constitutional to ensure every ethnic group never feel marginalized.

Too much power ascribed to President should be removed and power should be separated according to the arms of government, not situation where one person have all the power to himself and you expect him not to abuse it because of selfish gains.

That person will never respect due process and nothing will ever happen to him as consequence for disobeying rule of law.

It is because of too much power ascribed to the president that rule of law was never obeyed and maintained at the first place because of continuous greed and quest to remain in power he will always do things continue to keep him in power.

Each time they sell to us all those BS that that are going to do roads, bring 24/7 power supply and rest of the bullshit promises which were never supposed to a promise again to Nigeria because they are basic and fixed condition that must be provided in a well organized political setting, but we buy them each time and relax like fools and you thing they don’t know us all as fools.

In their right mind, they will be laughing and saying that whenever you get tired of complaining you will keep quiet.

Every great country sat down and planned their success and greatness so why can’t Nigeria tow the same way.

What is stopping Nigeria planning a better Nigeria as countries like UAE, USA, CHINA and rest did.

Serious countries do have State and National Developmental blueprints which every President or Governors must follow.

If Nigeria can have a blueprint like that cases like abandoned project from past administration will never exist.

Each governor or president will be expected to work in line with the blueprint and after his tenure, he will be assessed with the score sheet already developed and not the case of looking for what the person did through out his days in office and you will not see it.

Things like Ballot paper and ballot boxes are they not ridiculous to tag a whole Nigeria with especially this era of scientific and technological dispensation.

The whole system was created to rig election otherwise opposition party would revolt against it.

But he cannot do anything because he is using the same system too.

If we want a better Nigeria, let us sit down and rewrite our constitution, a lot of things that no longer conform with the present societal growth should be scrapped.

Sebi we sabi copy the Americans, let us borrow their constitution, read and digest it to help as reference to our own since this business of democracy we are hoping to learn one day are better practiced by them.

For the Youth I am so sorry because we have not shown our worth or power, we are still following their footsteps only that we use facebook, twitter and Instagram better.

We are even more greedy than average old politician because we always want to go first and straight to the apex position.

Instead, any one that feels that he got money, he will go and start his own political party deceiving himself and his village people gathering 1 vote here and 2 votes there.

If we must do it as a youth, we need to be in one umbrella fighting the old miscreants.

If we cannot cease the major political parties (PDP and APC) from them then we need to form only one party that should set us apart from them.

You cannot abhor rain while still you use water to wipe your anus.

If we must fight the system as a youth we need to separate ourselves from them.

If those old political miscreants want to perpetrate their wicked and nefarious acts, it is the youth they normally use.

So what is your position now?

Just Imagine where all youth in Nigeria identifies himself in one umbrella to fight the old, who do you think would win? by statictis which number do you think is greater?

Youth political invasion is another answer to make things right in this country plus re-writing the constitution to fix all the political, ethnic and civic anomalies we pray and forbid today.