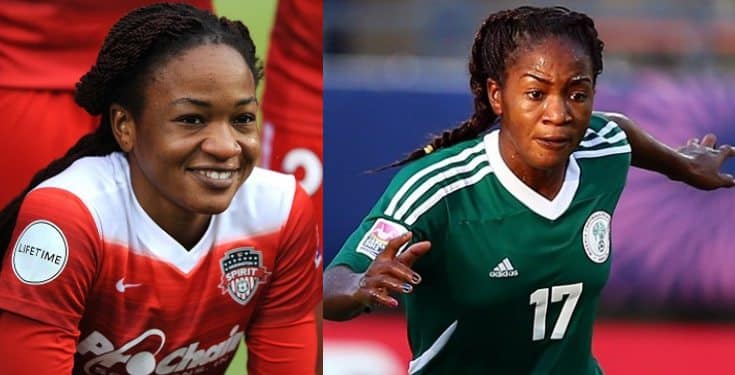 Francisca Ordega, Super Falcons forward has revealed that he has once slapped her ex-boyfriend for looking at another lady.

She disclosed this during a interview with Punch newspaper.

“My first boyfriend ever, we were together and were going out. I was younger then, I was really young. We were going out and there was this very pretty girl that was so cute, cuter than me, and my boyfriend was just staring at her and I was like, ‘Hey! What are you looking at?’ And a lot of people were there, lots of them and I didn’t even know when I slapped him like, ‘Hey! What are you looking at? Is she prettier than me?’ I did it with all seriousness and everything.”

“The jealousy was just obvious. I was so jealous at that moment and everyone was just laughing at me. In our language (Tiv) they said, ‘Take care of your property, I like your spirit, carry on.’ I was so embarrassed but now it’s always fun to me anytime I remember it or when I see him. If we get to see each other, he usually asks me, ‘I hope you’ve stopped this drama thing?’ And I’ll be like, ‘Hey! I’ve stopped.’ So, it’s kind of crazy.”