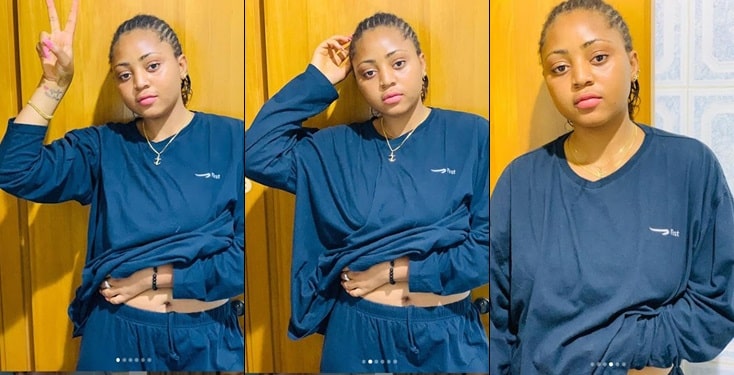 Days after getting married to Nigerian old politician, the media has been stormed with different rumours of Regina Daniels being pregnant.

The young actress has however, reacted to this by posting pictures showing her flat tummy on social media on Sunday.

There have been controversies between members of her family over her marriage to Ned Nwoko.

While her mother and brothers have expressed satisfaction in Regina decision to marry the billionaire, her father expressed his displeasure as he said he was not briefed of the whole ‘drama’

Days after the father took to social media, Regina Daniels reacted by denying him. She said she did not know the man as her father.

I Can Never Call My Husband “Daddy” – Tope Alabi
How i fall Mugu for a Warri girl in school – Bovi
Former BBNaija Housemate, Alex Accuse Bambam Of Been Fake While In the House
Burna Boy Speaks On Artiste Who Sign Deal With International Record Label