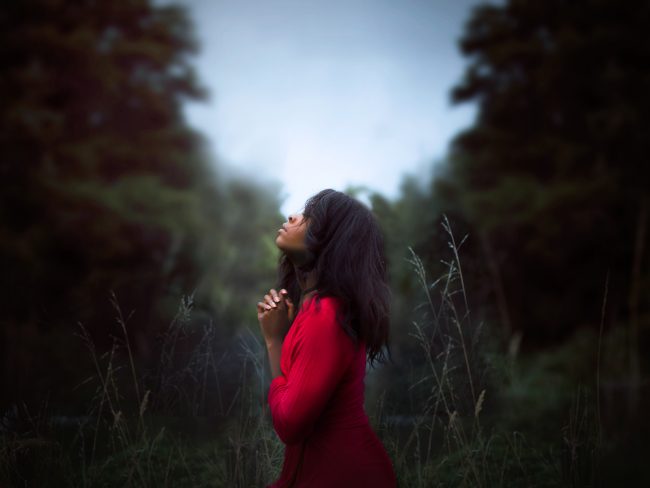 Personally, I don’t believe it chasing a woman for a long time. Life shouldn’t be that hard.

Mike Murdock once told me that favour is a sign that God’s hand is on a project.

Never follow a path where favour is absent, he added.

In all my life, I have never waited more than 21 days to get a reply to my proposal from a woman.

Some women believe that if they agree to a man’s proposal too soon, he won’t value them.

Men like me lose interest when a woman chooses the path of unnecessary delay and stretching especially when they aren’t strangers to themselves.

The above statement is what a good number of church ladies use to keep men on their waiting list while looking out for better options.

Don’t get me wrong, I believe very strongly in seeking the face of God before getting into a relationship headed for marriage.

But why do we make it sound like God is deaf and dumb and takes an eternity to give a reply?

God is a talking God.

He speaks constantly and expressly.

Getting Him to give you a word on something as sacred as marriage shouldn’t be rocket science.

Sister why not just plainly say you don’t like the brother or you are keeping him on hold whilst watching out for a better option?

Haven’t we noticed that God tends to ‘speak faster’ when we have someone we truly like under consideration?

I was in this dilemma some years ago.

In this case, it wasn’t the lady in question that kept me on hold.

It was her dad who was a clergyman.

He insisted that until God spoke to Him possibly in the audible voice that he will never allow his daughter to marry me. A whole year passed by and God still didn’t speak.

I got desperate to the extent that I was dropping his name on the altar on most service days that God would speak to him.

One day out of desperation I respectfully told him, “Daddy can we please go on a fast together for some days whether God will speak?” He gave me a sharp rebuke.

I endured the whole stretching because the lady in question proved for a long time that she knew what she wanted.

She even told me that ever before I asked her out God had already given her a nudge that I would come around.

We were encouraging each other that victory will be ours eventually.

This matter was so serious that I contacted Dr. Mike Murdock and Leke Alder to get their counsel.

Both gave me invaluable advice.

It was too long after, the lady started acting like she wasn’t sure of her conviction anymore.

One day she asked me, “has God even spoken about this relationship?” I was thrown off balance.

At that point, I knew I had lost the struggle.

Just as a last-minute rescue mission, I went to see a pastor-mentor of mine.

I wanted him to pray so that God will touch the man’s heart and speak to him to allow me to marry his daughter.

My mentor shook his head and asked, “Kalu why do you people like taking difficult routes? Even if you wait for another 5 years that man may never hear from God. He simply feels you are not qualified to marry his daughter. If you had gone to see him in a classy SUV and you brought an envelope of $1000, you can be sure that God would have spoken by now.”

Then he said, “Treasure you were a campus fellowship leader for some years in the university, of all the beautiful sisters in the fellowship, does it mean none of them appealed to you? Go home and think. I won’t pray for you! You don’t need prayers, you need sense.”

That was a moment of decision for me. I went home and got into deep thinking.

Who amongst my university days friends is still single and ready to marry?

My wife’s name kept resounding in my mind.

We had not been in close touch in a while.

I spent that week browsing through her Instagram page and literally dripping with admiration for the fine geh.

I think that’s a clue to single ladies.

You can’t be praying to God for a husband and your Instagram page is on private mode.

You never can tell who is checking you out.

I wasn’t sure if she was still single.

As at our last conversation some months earlier, she wasn’t.

I sensibly chatted her up to find out.

We were already friends so it was easy to strike any conversation.

Fortunately, she was single at that time.

I had the nudge to go for her.

To start with, I maintained close communication with her for about a week. I needed to find out if she was still the good girl I knew in school.

I needed to verify that she was still a believer amongst other things. As soon as I made my confirmation, I dropped my mission statement.

I didn’t beat about the bush. I told her that I would love to spend the rest of my life with her and I was ready to make it a reality within 12 months.

My wife was actually someone I friend zoned; so she didn’t see it coming.

She asked for time to prayerfully consider it. I gave her a bit of space to do her thing.

Within 10 days, she gave me a call and told me she had prayerfully considered it and she was ready to go with me.

True to my words, by the grace of God, within 10 months we got married.

From the first day, I went to see my in-laws, I was well received without any drama or questioning.

Favour was unlocked all the way down to our wedding and even to this day in our marriage.

Nothing compares to going for a lady who knows exactly what she wants and is ready for the next level.

My fellow men, save yourself the stress of running after ‘small’ girls who still feel they have plenty of time to play around.

Forget about all the ones who want you to buy them ice cream first before they accept your proposal.

I strongly believe in giving and I gave abundantly to every lady who I had a relationship with but I believe that should not be the basis of accepting a proposal.

We don’t need to be in a relationship for me to give you gifts.

Infact, I don’t need to know you.

Giving is our nature.

Beware of those who take forever to hear from God.

Moreso, let’s realise that hearing from God is not an automatic guarantee that a union will be blissful.

God may say all the wonderful things about a union but if the parties involved don’t play their role, the union will crash.

Look around carefully, you will be able to find one or two examples to verify this.

P.S: Thank you for sharing previous posts. Kindly share this if it makes some sense.