How to Deal with a Nagging Partner 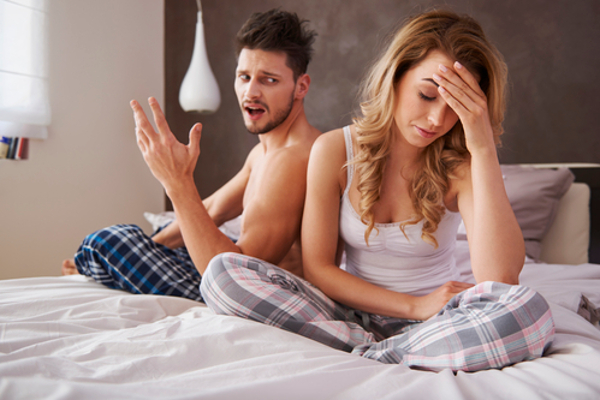 Want to learn how to deal with a nagging partner? One of the things most people don’t like in a relationship especially men is having a partner who nags a lot.

Women are known for their talkative nature but some nag more than others.

Most of the time, the reason they do this is because nagging is a way of expressing all their emotions and sometimes when it feels like they are not heard, they nag to lay more emphasis on an issue.

Nagging can be frustrating as well as tiring for a man, so how best can it be handled?

Women nag for a couple of reasons so to be on the safe side, find out why she is nagging.

READ ALSO: Why Popular Advice Is Useless If You Want To Get Your Boyfriend Back

It’s true that women are sometimes complex and difficult to understand but to be at peace with them and avoid series of nagging, try probing her if not she’ll just go on and on and you’ll take the heat.

When in a relationship, you need to know what makes your partner tick and what makes her happy so you can relate better.

Let her cool off

At times, it’s best to just let her cool off steam before reacting.

When women nag, they expect an immediate response from their partner but if you just stay cool and don’t react at once, she’ll wonder why and probably either reduce it or stop completely.

Reacting to her at that time might lead to further quarrels but simply ignoring her would make her calm down.

Try being in a cheerful mood even though you feel angered by her outburst.

You can turn around her nags to jokes or teases; this might place her in a lighter mood.

To really know what’s in a woman’s mind, you need to be sensitive by trying to understand her actions and mannerisms.

When she starts acting out, ask her what the problem is in a loving way and I am very sure she’ll respond.

Don’t over think it

Men are known to be more rational in reasoning but it may not be the same for women.

Nagging constantly can be demoralising for a man but try not to over think it.

Know that women will always nag; it all depends on how you manage and handle such nagging so it doesn’t affect you negatively.

When your partner nags, try listening to what she’s saying.

You might relate with the things she’s talking about.

If she’s complaining about things you didn’t do, you could listen and just work on them.

Know that a woman doesn’t just nag for the fun of it.

There’s always a reason for every nagging.

To therefore limit the rate at which she nags, do your own bit by being observant and sensitive to the things that concern her.

Nagging might not completely stop but I am very sure, there will be a considerable difference.

WATCH: Dealing With A Critical Spouse