Garba Shehu Speaks On President Buhari Not Handling Over To Osinbajo 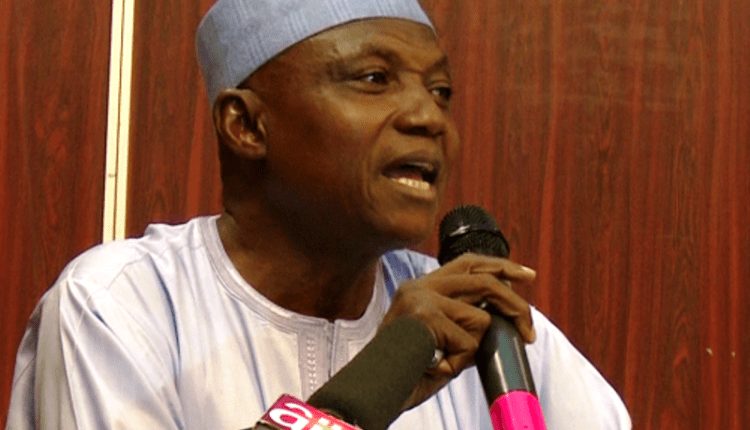 In respect to President Muhammadu Buhari’s private journey to Uk, Garba Shehu, the Senior Special Assistant to the President of Media and Publicity, has stated that the Buhari can carry out his duty from any where.

The Peoples Democratic Party in its reaction to Buhari’s journey to UK had stated that the President did not inform the National Assembly about his trip.

The Deputy National Chairman of the opposition party, Yemi Akinwunmi, while speaking on Channels TV’s program on Monday stated that Buhari did not stated that reason for his trip to UK and did not transfer power to Yemi Osinbajo.

Shehu in his reaction to PDP’s statement he said: “The President didn’t make a mistake by taking off without writing a letter to the National Assembly. The Constitution says 21 days is the back off point. That is where infringement is caused.”

“But as it is now, there is no Constitutional or legal infraction that has happened. So the President is doing his work from wherever he is. Yes, it is right that the President can operate anywhere he is. If you are a Permanent Secretary and the President calls you from Abidjan and says you go and repair that road, are you going to tell him that Mr. President you are not a Nigerian in Abidjan, you are not going to do the work?”

“Do you think you will have your job waiting for you the next day? These are matters of common sense,”.