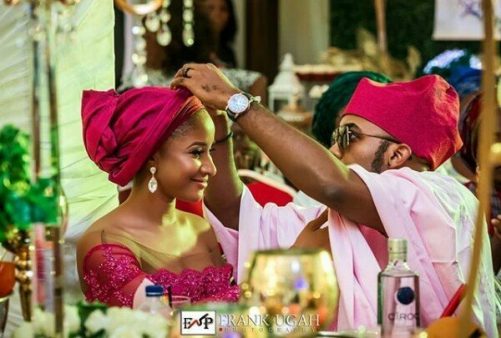 Nollywood actress Adesua Etomi-Wellington, has playfuly mocked her husband, Bankole Wellington, aka, Banky W, after the singer appeared to have switched his accent.

READ ALSO: Banky W Describes His Wife As An Inspiration

This online news platform learnt that on Wednesday night, singer/actor, Banky W, departed Nigeria for the US where he will be attending a Nollywood event. Banky shared a video of himself at the airport and he was already speaking with an American accent.

Surprised by this development, his wife gave a sarcastic troll, saying: “You’ve already switched to your American accent and you haven’t even reached LA yet. So disloyal (Laughs) plis dear, do better.”

In his response, Banky requested that she should not be disturbed, noting that he was only rehearsing ahead. 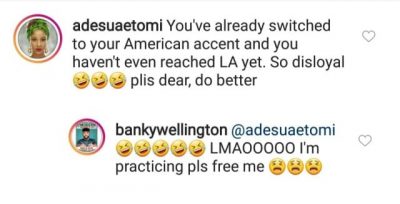