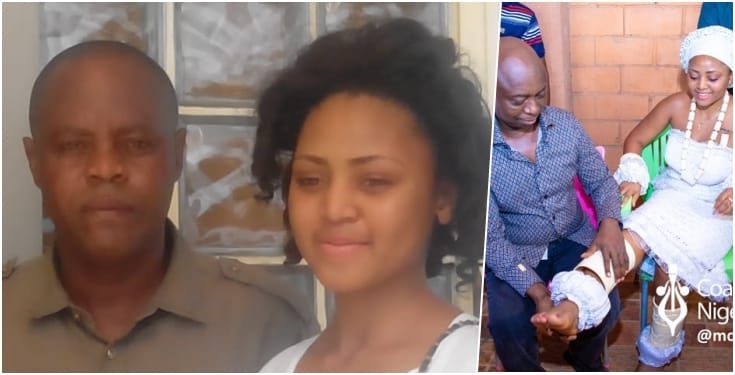 Following his dissatisfaction to the marriage between Regina Daniels and Ned Nwoko, the father of the actress has revealed the real age of the duo.

According to the audio recording obtained by the press from her father, Regina would clock 18 years of age in October 2019.

Having said the fast rising noollywood actress went to marry the old politician for money, he maintained  that Ned Nwoko is 62 and not 59 as they both grew up in the same compound as young boys. .

Before now, the senator elect is said to have been very responsible for the financial support of all his 4 kids with Rita and that the 2 boys lived with him until recently when the mother advised they move in with her into her new home.

Loading...
Newer Post
FOR THE RECORD: What Naira Marley Wrote In His Statement At EFCC Custody
Older Post
Regina Daniels’ Father Not In Support Of Her Daughter’s Marriage To Old Politicians?