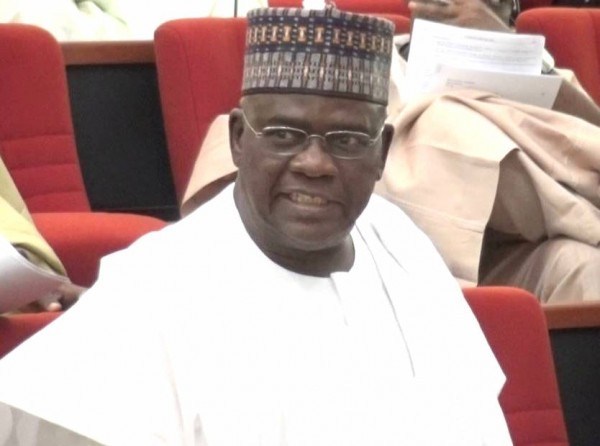 As the contest for the leadership of the 9th National Assembly gets tougher, a group under the North West alliance has thrown its support behind Danjuma Goje and called on incoming and returning senators to support his candidature.

Jamilu Ibrahim-Maikarofi, the leader of the group stated this while speaking with journalist in Kano State on Friday.

In his statement, he claimed that the group has concluded in mobilizing youths from the North West zone to visit Abuja so as to solicit for support for Goje.

“We are therefore against any attempt by the ruling party to foist somebody who we believe is incomparable to Sen. Goje in terms of political sagacity, experience and intellectual capacity,”.

He stated that all Senators who should be afraid as Goje worked for the victory of President Muhammadu Buhari during the election and the victory of the governorship candidate of the party in Gombe State.

“This made him the only Senator to defeat an incumbent governor of another party hands down in a free and
fair election.”

“As chairman of the Senate committee on appropriations, we believe he has garnered enough experience to steer the affairs of the next Senate in the right direction for the overall development of the country,”.

He stated that Goje would use his experience as a former governor to create relationship between the executive and the legislature.

“He will also use the eight year experience he has as a Federal legislator to ensure good understanding and mature relationship among the members of the Red Chamber,” he added.