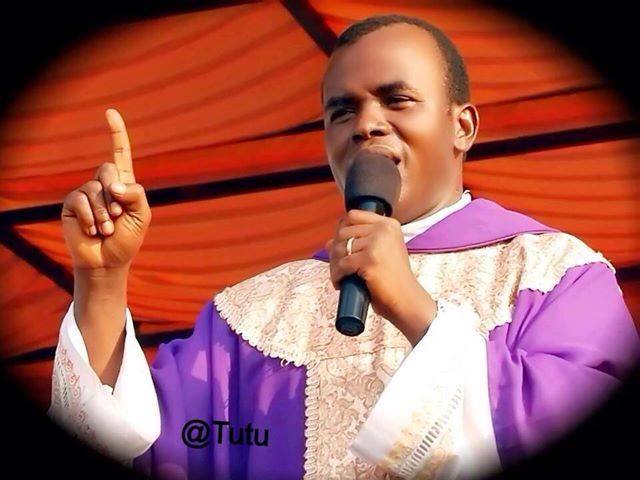 Rev. Fr. Ejike Mbaka has stated that neither President Buhari nor the Presidential candidate of the PDP, Alhaji Abubakar Atiku, will win the 2019 general election.

However he didn’t mention who will win, he only stated that none of the above mentioned will emerged winner

Buttressing, it was reported that he made this assertion during the 2018 harvest and bazaar celebration at his Adoration Ground in Emene, adding that after President Buhari was made President he has refused to to come to thank God in the ministry.

He stated that President Buhari was saved from a deadly sickness in 2015 by the ministry’s prayer, adding tha no man can cheat God, he also added that as for Atiku him and his running mate will end in shame.
Speaking in Igbo, Mbaka said: “Ask Atiku if it is these steps that the cow will take to reach Umuahia.” Mbaka concluded by requesting that Atiku should reach out to Igbo leaders like Hon. Ike Ekweremadu and also come personally to adoration ground and do a project for them.