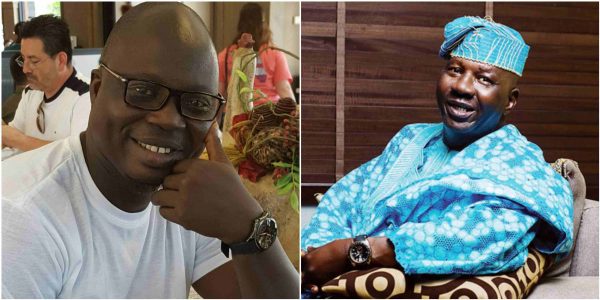 News on the failing health of veteran actor Baba Suwe hit the internet yesterday and one other veteran in the industry, Mr Latin has responded swiftly to the situation.

Popular Nigerian actor, Baba Suwe has been trending on social media after the news of his failing health struck the internet.

The veteran actor in the movie industry, Mr Latin has responded to the situation. Baba Suwe is reported to be down with chronic diabetes.

Mr Latin, the National President of the Theatre Arts and Motions Pictures Producers Association of Nigeria, TAMPAN, in his reaction, denied rumours that the actor has been abandoned.

In his statement, he revealed that the medical bills of Baba Suwe is what the association has been taking care of since 2017. He said;

“I have just instructed the Lagos State executive of the association to check on him (Baba Suwe) to ascertain his health progress.

“I can tell you that we have not abandoned him, as well as any of our members, as being speculated in some quarters by mischief-makers. ”

Lami Phillips Share Advice For Newly Wedded Couples
Singer Runtown purportedly banned from entering the United States
Aremu Afolayan speaks on why he was not present at his brother, Kunle Afolayan’s movie premiere
Afai Schwarzenegger Disclose That She Has Once Aborted
Mr Latin 1