2019: Primate Ayodele Call On Nigerians To Guard Their Votes 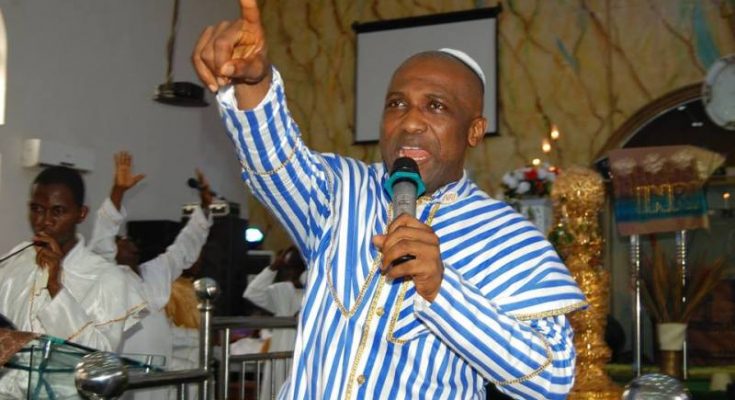 Ahead of the February 16 presidential election, the leader of the Inri Evangelical Spiritual Church, Primate Ayodele Elijah Babatunde has called on Nigerians and the Peoples Democratic Party to guard their votes.

Primate Ayodele said guard your votes by “following APC bumper to bumper if they want to win, otherwise, the ruling party will snatch their victory”.

He claimed that the people have decided to vote out Buhari because of the suffering in the country.

The Primate also took the opportunity to call on President Muhammadu Buhari to desist from forcing himself on the people who are predicting that he may not complete a second term in office.

“I see a change in government, if the election is free and fair, Atiku will win. If Buhari forces himself on Nigerians, he would not complete his tenure, healthwise. APC will turn the poll against PDP and Nigerians will suffer for another four years if those who vote don’t guard their votes and ensure they count. Polls may remain inconclusive, but I advise the present government to accept defeat if they lose in an election that is free and fair. There will be peace after the polls.”

In his Valentine day message, he stated that the government is not showing true love to the people.

He said, “Even though I don’t believe in such things that Valentine day represents, but as a cleric, my message is that government is supposed to love the masses but we don’t have such government in Nigeria; they are not sincere, they are corrupt, they don’t care about the plight of the people, about the welfare of the people.

The cleric also hinted about the expansion of his church, saying: “In few months time we are leaving this place to our new cathedral of 20,000 capacity around the area. We will soon.”