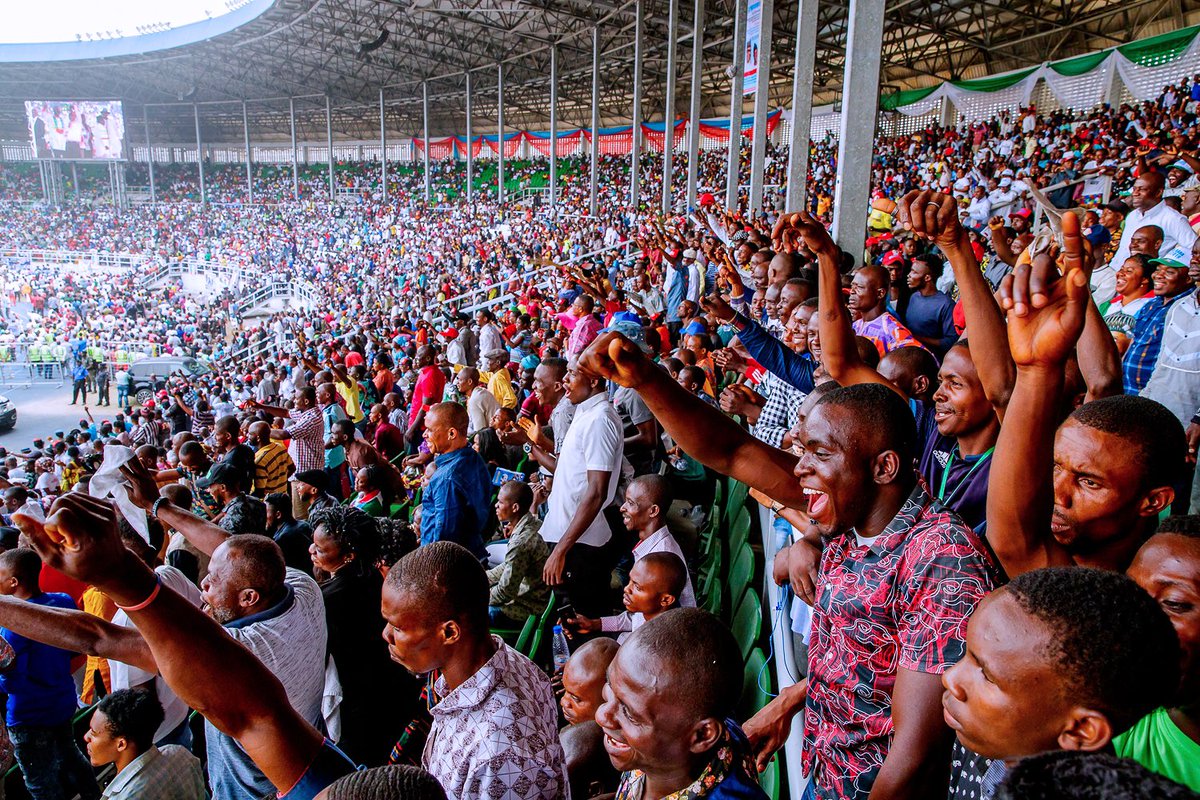 Fourteen persons lost their lives at the Presidential campaign of the All Progressives Congress which took place at the Amiesimaka Stadium in Port Harcourt, Rivers State.

The fourteen people were killed in a stampede around the gate of the stadium as the crowd attempted to leave the venue of the campaign.

Eight other persons were injured as they tried to leave the venue of the campaign after Buhari spoke to the crowd.

After President Buhari and his entourage had left the stadium, the incident took place around 4 pm

A private vehicle owner tried to save the life of a victim to a medical facility to save her life but returned her corpse and dumped it on the road after noticing that she was dead.

The Police Public Relations Officer in the state, Nnamdi Omoni, confirmed the incident, that four people were receiving treatment at a hospital.

Omoni said, “I can confirm to you that four persons died as a result of a stampede at the stadium on Tuesday. Four other persons are currently receiving treatment in a hospital.”

The University of Port Harcourt Teaching Hospital through the Public Relation officer confirmed that 14 dead bodies were brought in on Tuesday.

“Yes, 14 dead bodies were brought to the hospital this evening from the Adokiye Amiesimaka Stadium. I cannot ascertain the number of persons at the Accident and emergency Ward,” he added.

Ahead of the Saturday election, President Muhammadu Buhari Promised that he would not allow any security agent to intimidate voters during the Saturday’s elections.

Buhari who is running under the platform of APC called on the party’s candidates in the state to remain resolute despite the ruling of the Supreme Court.

“I congratulate the Rivers APC family for your strength to agree to be here since 6 am in your numbers despite the effort to demoralise you. They say you are not allowed to contest in the elections in Rivers State, but I assure you, justice will be done.

“I urge all party members to listen to obey party rules; I will not allow any security agency to intimidate and disenfranchise anyone from voting despite party affiliation in any part of the country.”

APC National Chairman, Adams Oshiomhole said that the boldness of the party in the state would put its enemies to shame.

The Minister of Transportation, Rotimi Amaechi, claimed that APC in the party will battle to ensure victory for Buhari on Saturday.