Yvonne Jegede Speaks On The Crisis In Her Marriage 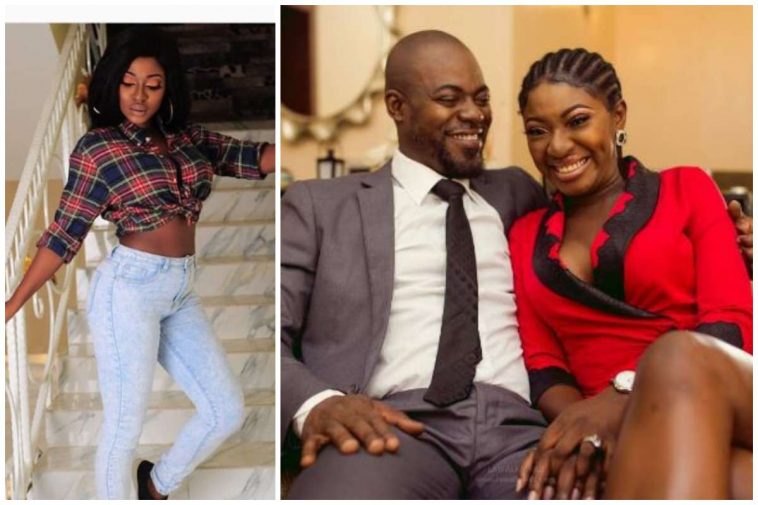 Nollywood actress, Yvonne Jegede has spoken about the crisis in her marriage to Olakunle Abounce Fawole after they welcomed their four-month-old son, Xavier.

The actress during a chat with Pulse stated that she ended the union three months after she got pregnant with her son. She said;

READ ALSO: Planning Life After The Wedding – Getting Used To Being A Married Couple

“We started having issues before the birth of Xavier. I think I was about two to three months pregnant when the issues came. Immediately the issues came, there was never a dull moment, it just kept going up and up and it got worse and it got bad and today here we are”.

The actress with a career spanning 16 years said when the issues in her marriage to Abounce, a former rapper and actor, became obvious and irredeemable she moved out of their matrimonial home after a mutual agreement.

The actress stated that her marriage lasted for a few months that it was worth it. She stated that the times that they shared together as lovers were nice and sweet and she wouldn’t trample on those times.

Mc Galaxy Under Fire For Using Nude Girls In His New Video
If You A Jealous Man, Do Not Marry Beautiful Lady – Comedian, Okey Bakassi Insists
IK Ogbonna Threatens To File Lawsuit Against Lady Who Calls Him Gay
Big Brother Naija 2019 To Be Organized In Nigeria
Olakunle Abounce Fawole 1 Yvonne Jegede 4