You are too greedy – Nigerian feminist tackles Regina Daniels Mother 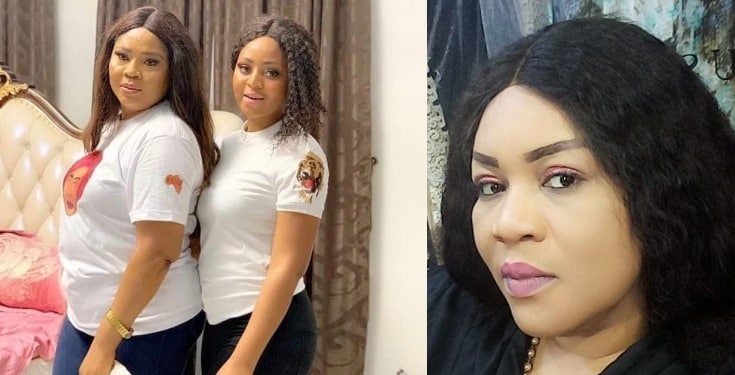 The old politician, Ned Nwoko, was sacked as senator elect on Thursdasy.

Reacting to this development, the vexed lady said the mother of the popular actress is greedy.

“Mama REGINA. A greedy piece of crap. A woman who should have been barren. A certified slut. Yes quote me anywhere. If you are on my list of friends and u see this as great that a man of 62 will have a go at a 17 year old then i daresay you are a BEAST. A CLOSET PAEDOPHILE and a sick IDIOT.”

“A POVERTY STRICKEN, LACK-OF-SCRUPULES, excuse for a human. I feel for the little girl who instead of being introduced to a PEN was handed an overgrown, wrinkled PENIS at such a tender age by a Mother who is as useless as they come.”, she wrote on instagram