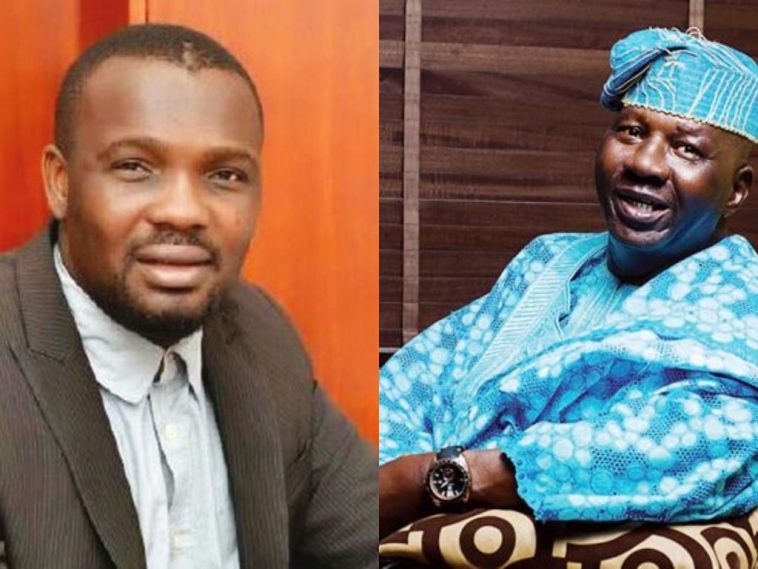 Popular actor, Yomi Fabiyi, has revealed that amount of money raised for the treatment of award-winning actor Baba Suwe.

Many Nollywood actors have reacted since the news of his sickness broke out a few days ago. Yomi took his social media account and wrote;

UPDATE on BABA SUWE: In less than 48hrs, my fans have sent me screenshots of deposits they made and have raised million+ to SAVE BABA SUWE. I am close to tears. My cults, my backbones, am honoured.

SEE ALSO: Michelle Dede Call Out Arinze Onyisi Over His Statement For Indecently Dressed Ladies To Be Raped

However, colleagues such as Liz Anjorin, Iyabo Ojo, Adekaz Films & Marketing, Wale Olaleye(Journalist) are few others who confirmed deposits and invariably sent evidence to me, I understand many people have also deposited, namaste. I am equally aware TAMPAN NATIONAL via her LAGOS CHAPTER sent delegation already and will come up with something shortly. All other NGOs are well appreciated.
Several other numerous colleagues and Baba Suwe’s fans are really mobilizing for funds and things are adding up. I must commend all those that have visited him at home including Kazeem Abimbola(Jigan Babaoja) and seen donating cash. Uncle Kola Olootu, the iconic broadcaster for the big effort and pragmatic approach. All media houses are valued.

Owing to some sudden new ailments, re-evaluation and costing are very necessary to avoid discrepancies. As it stands, the veteran requires SERIOUS URGENT MEDICARE, which will, of course, run into multiple millions of Naira if the last costing is anything to go by. I shall lose no time to intimate you as soon as the target is reasonable. We assure judicious use of the funds.

Lastly, as seen and heard in one of his recent appeal videos, “stroke” was mentioned amongst other ailments. Flying him out of the country asap is a top priority if we are to achieve a futile remedy bearing in mind he has an existing treatment in the United States of America. Progress report assured.

SEE ALSO: Timaya Speaks About The Artist Who Influenced Him

In the meantime, Baba Suwe and his family are eternally grateful for the extreme show of love and duty of care from all his fans, colleagues and well-wishers home and abroad within such a short period and economic situations. With humility and gratitude, he accepts your magnanimity and support. It is a trying period for him, he believes with God and the rate you all rallied around him, HE WILL SURVIVE this.
While thanking you for your persons and esteem kindness, your prayers are seriously needed.
Regards. – Yomi Fabiyi
(PA to Baba Suwe, 2001 – 2005)
19/02/2019.