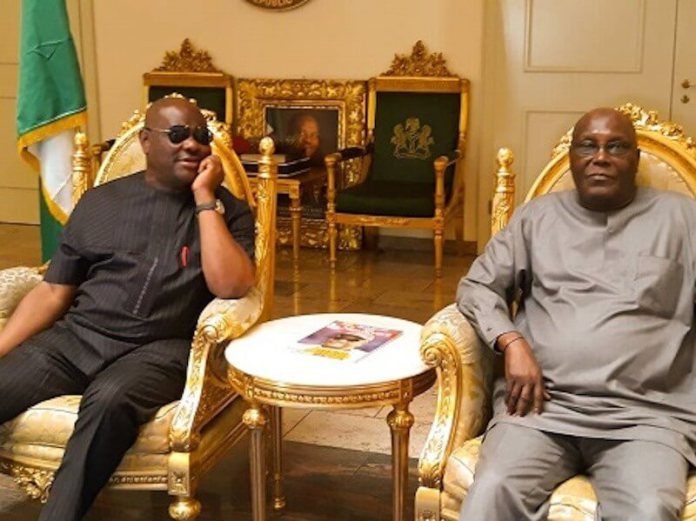 Its has been reported that the executive Governor of Rivers State, Barr. Ezebunwo Nyesom Wike who happens to be the South South Coordinator of the Atiku Campaign Council under the People’s Democratic Party (PDP) has reportedly declared his intention to resign.

Correspondents gathered that Wike disclosed this by himself stating that the campaign organisation does not carry him along.

He further stated that the Atiku campaign organisation does not seekfor his opinion and consent before make decisions adding that that do things behind him.

Wike frowned at this act concluding that he will resign as the zonal coordinator of the South South region to the party.

Buttressing he also added that his resignation letter will be coming any time soon.

Report has it that Wike and some other Governor and senators from other geopolitical zones were appointed as zonal coordinator to the campaign organisation, which they include Ago Fayose, Samuel Ortom, Senator Adeleke and others while Bukola Saraki remains the Director General of the campaign group.