Why I Don’t Betray Anyone I Work For: A Lesson For Others 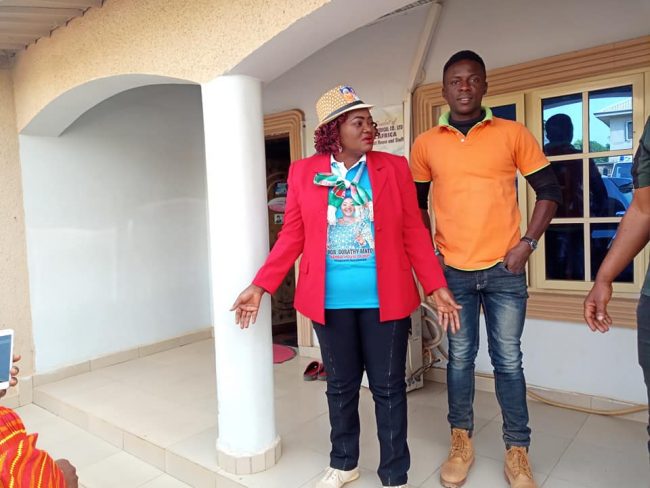 I am guided by my principles which are formed based on my personal conviction about life and things associated with it. Such principles define me and place me in a position to make decisions that bring potent impact.

Those who have the spirit of betrayal have the tenacity to inflict pains on the victims in various ways. When you betray someone that trusts you, the person will never trust you again and the person you betrayed someone else for will also not trust you because he will feel you can also betray him if you have a better offer.

I wrote series of articles and promoted the impact Saraki made within and outside the National Assembly. I knew he had his shortcomings, but made impact in areas people needed to know so that they will understand that inspite of his shortcomings, he also did things that should be commended.

I also assisted in publishing the proceedings of the Senate and studied most of the proceedings to write stories and articles in ways that the message could be sent comprehensively . I was loyal and worked effectively with other members of the department such as Ibn Dutse, Baba Idris, Wale Bakare, Ogar Wodah among others.

I left the team when my services were no more needed by the New Media Department.

Rt. Hon. Mrs. Dorothy Mato, the member of the House of Representatives for Vandeikya/Konshisha Federal Constituency of Benue State later engaged my services as a member of her media department.

Since I began writing for Rep Mato, I have received various juicy offers from some politicians who have been reading my articles and stories and love my style of writing and wanted me to join their media team but I turned down such offers.

The reason I turned down the offers was because I will not betray Rep Mato. It is not that those politicians I rejected their offers are not good people or have not done anything worthy of commendation, but I am loyal to her and can only leave her and work for another politician when she no longer needs my services. My loyalty belongs to her not APC. If she decides to defect from APC to PDP or any other party, I will move with her. That is how loyalty works.

That is why I don’t blame those who defected with Gov. Samuel Ortom from APC to PDP because their loyalty is with Ortom not APC or PDP. If Ortom defects today to APC, they will still follow him and leave PDP.

I have told my friends in PDP that I can give them ideas and suggestions that would help their various bosses make potent impact on those they lead or represent if they really want to make impact but will not join them in PDP.

Loyalty has a prize that comes with it, but betrayal leads to destruction of trust and other things which can never be regained.

Everybody needs money including me but I have refused to sell my conscience and betray those who trust me because of money. I advise those who put money above their reputation to understand that just like Dr. Mike Atser always says, “Tomorrow is longer than today”.