Viktoh Seriously Beaten By Men Of The Nigerian Police Force 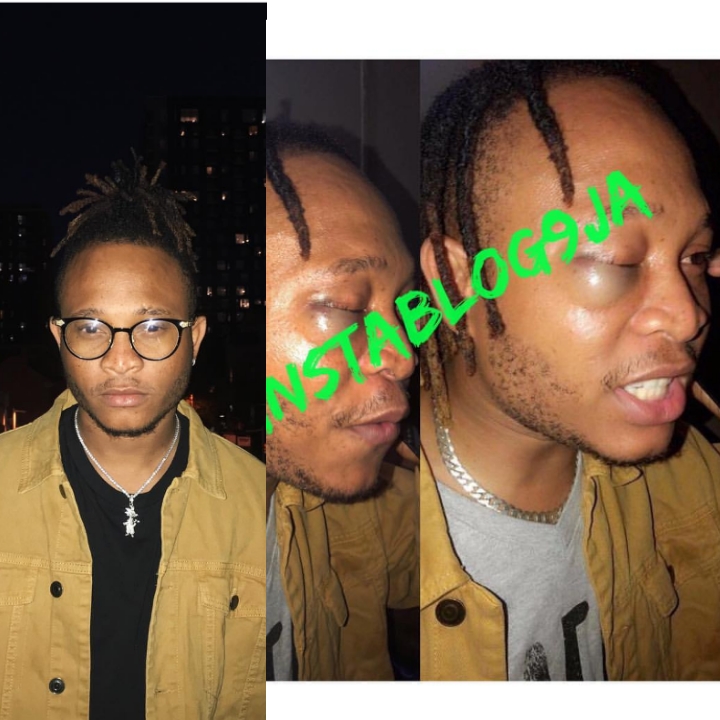 Yesterday was extremely an awful one for previous YBNL artist; Viktoh, as he was exposed to a type of cruel treatment in the hands of the men of the Nigerian police.

Information have it that while on his way to Zlatan’s show at the Fela shrine yesterday in Lagos, Viktoh was blocked at the Igbo-efon zone of Lekki in Lagos by policemen.

Viktoh was dehumanize by this force men who stopped him. Despite the fact that the aim behind exacting such overwhelming physical abuse on the singer is not known at the time documenting this report, however we will update you as often as possible on the matters as it unravel.

Singer #ViktohYbnl suffers police brutality in Lagos . . Ex-Olamide signee, Viktoh, is currently battling to retain the functionality of his right eye after an encounter with the men of the Lagos State police command. . . The incident happened, last night, at Alpha Beach Road Igbo Efon, Lekki,, while on his way to the African shrine for rapper #Zlatan’s concert. . . The circumstances surrounding the confrontation that led to the assault are still sketchy as of the time filing this report.