UPDATED: How Four People Were Trapped In Accident 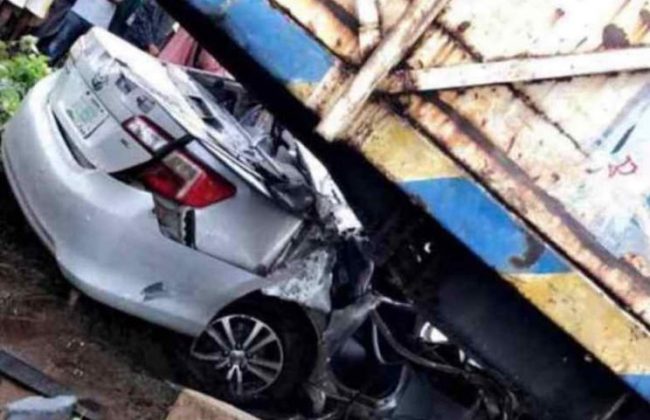 This newspaper earlier reported how the accident involving a Toyota Corolla car and a Mack truck in the Obada-Oko area of the Lagos-Abeokuta Expressway in the Abeokuta North Local Government Area of Ogun State occured.

Explaining better,  Mr.  Akinbiyi said the accident was caused by reckless driving by the truck driver and excessive speeding on the part of the driver of the car.

Eight people were involved in the accident, made up of seven adults and a female child.

Four persons died on the spot, while two others sustained injuries.