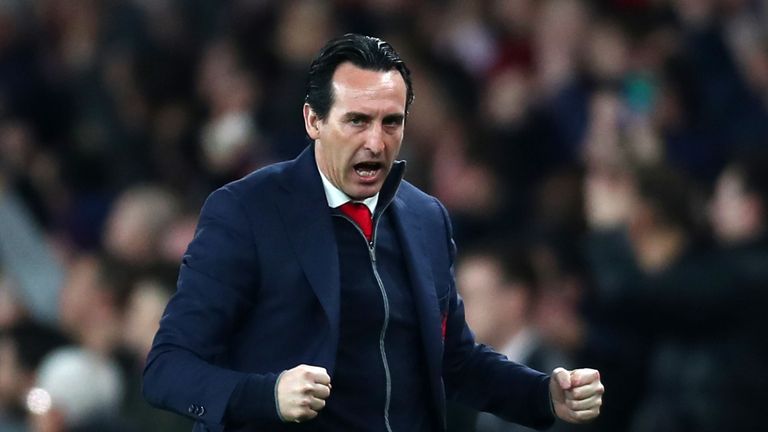 Arsenal Manager, Unai Emery has pointed out to Lucas Torreira and Matteo Guendouzi whom he purchase during the transfer window as the most improved players in his squad this season.

The Gunners returned to the top four in the Premier League and a place in the Champions League after their 2-0 win over Newcastle on Monday.

The North London side has shown outstanding performance in the home campaign this season.

When asked who is their most improved player, Emery told Copa 90:

“We are 25 players, and can only play 11, 18 in the squad, it’s very difficult to give everyone an opportunity to improve.”

“There are some players maybe you can see this year this improvement – Lucas Torreira, Matteo (Guendouzi).”

“The first time in the Premier League, in this difficult competition, and they are improving I think well.”

“Maybe also sometimes the experienced players help them to do better, with their adaptation to the Premier.”

“For me also I think it’s these two players.”