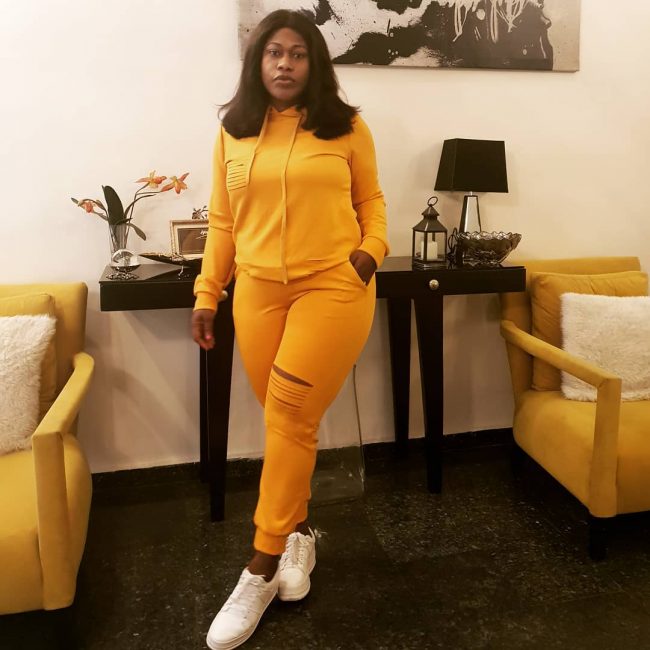 Are you searching for Uche Jombo biography, husband, movies, child, or family? Time to find out!.

She is bold, gallantly beautiful, stylish, and sexy.

When the pages of Nollywood’s rise to relevance are flipped, you are definitely going to find Uche Jombo in it.

She’s made her mark and left a legacy of fierce dramatic roles that many have stepped on and rode to success.

Uche is not the typical epitome of feminine tenderness, weakness, and reliance on the male folk for the physical demands of life.

She’s gallantly endowed, strong, bold, fearless, and exudes this trait in her movies.

Uche in movie roles is the kind that hardly sobs, a little sobbing is in order at times but then she violently wipes her tears off and tears her offender apart.

However, her tomboyishness didn’t stripe her off her beauty as she’s a paragon of beauty endowed with physical assets that shines her feminine glory as she ambles away.

Uche has a huge fan base in Nigeria which shows how hard-working she’s been.

She has paid her dues fully in the movie industry and is reaping the proceeds.

Uche has starred in an army of movies since her maiden entry into Nollywood in 1999 and has won tons of awards as souvenirs for her efforts.

Uche Jombo was born on December 28, 1979, in her hometown of Abiriba, Ohafia, Abia State, Eastern Nigeria.

Uche’s early life was characterized by drama and a love for the arts.

She was bred by her mother and was actively involved in the drama group at her church.

Her talent at acting was so profound that she began receiving local awards for acting while in secondary school.

She impressed her local church so bounty they decided to cater to her secondary school education by footing her tuition bills.

One trait in Uche that won’t be forgotten in a hurry is her manful nature.

Uche often ditched her female companions to roll with guys.

She wasn’t one to be identified with a chicken heart. She climbed trees effortlessly and played football with guys in her prime.

Uche probably took in her valiant nature into the educational sector, proved some headstrong attitude, and bagged double degrees.

She is a graduate of Mathematics and Statistics from the University of Calabar.

She is also a graduate of computer programming from the Federal University of Technology, Minna.

In 1999, Uche Jombo registered her presence in the screens of the Nigerian entertainment space via Nollywood with the movie “Visa to Hell”. 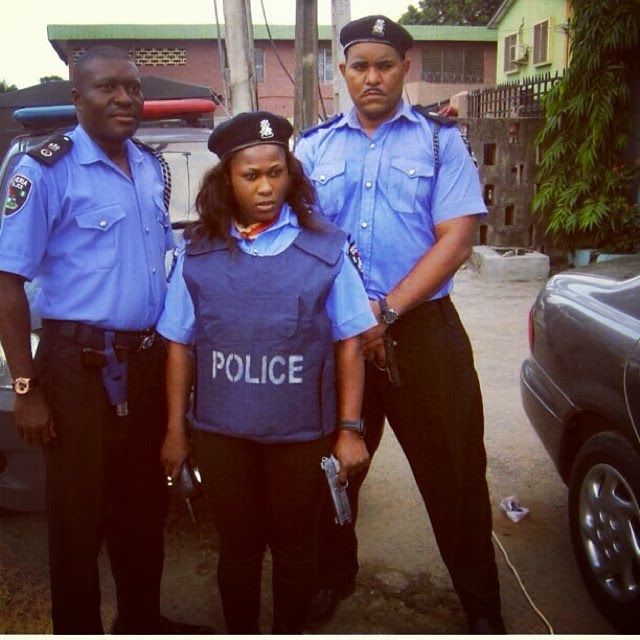 This movie brought her up the center stage and left her to knock herself out.

Ever since that entry, she has featured in over 70 movies and still counting.

She’s a veteran screenwriter and has written and co-written a couple of movies which include: The Celebrity, Games Men Play, Girls in the Hood, and A Time to Love.

Uche Jombo took major roles during her budding days in Nollywood but was majorly involved in screenwriting.

She later went on to produce and launched her movie production company “Uche Jombo studios” in 2012.

She has also produced a handful of very captivating movies where she also starred in.

Some of her productions include: Nollywood Hustlers, Damage, Holding hope, Lies men tell, keep my will, and darkest night.

From the platform of her studios, she has produced over 14 movies and 20 screenplays.

In 2012, Uche was among the cast of a reality TV Show by Ebonylife TV one of Africa’s biggest media conglomerates.

The elite quartet starred in a short film “New Horizon” which brought to the fore and condemned domestic violence on women.

Uche is by far one of Nollywood’s most successful, most bankable, most creative, and most talented actresses.

She has retained her spotlight stance due to her creativity and versatility in the movie industry.

Some of the blockbusters where she starred in include: Lagos Cougars, Banana Island Ghost, wives on strike, kiss and tell, and silent scandals. 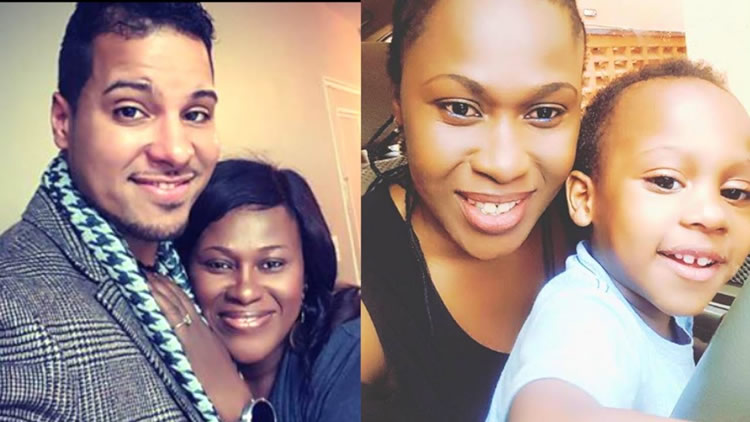 He is a Puerto Rican and the duo has proven how enticing and sweet inter-racial marriages can be.

They had a private wedding at Puerto Rican Island in 2012.

They both have a son named Matthew Rodriguez.

Prior to the birth of Matthew, Uche has a miscarriage in 2014 after she was pregnant for 6 months.

She penned the deal in 2013 which is reportedly worth millions of dollars.

The access through her Uche Jombo Studios runs an NGO Uche Jombo and You where she mentors and empowers young Nigerians with a passion for screenwriting and acting.