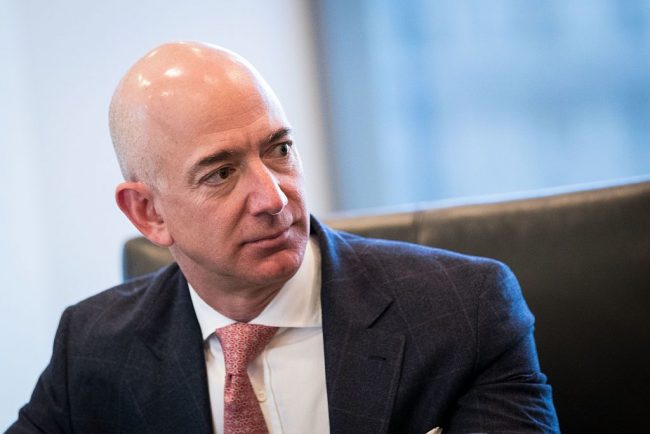 Are you looking for the top 10 richest men in the world (2022)? From the medieval times of the legendary bible King called Solomon, rich men have always been part and parcel of any society.

From their philanthropic roles in assuaging the financial yoke of indigents and miserable paupers to curbing the menace of unemployment, they have been noble aristocrats in every society that houses them.

These billionaires control business empires and conglomerates all around the world and have oftentimes been invited to input their ingenious quotas when charting the course intended to grow the economic strength of most nations.

There are quite a lot of billionaires in the world today with so many mega fortunes that they could even afford to hibernate for two sweet years and still have much money they can’t consume completely in the course of their lifetime but these ten are in the frontline with a legitimate publicly acclaimed source of wealth.

In what seemed like a financial monarchy system, Bill Gates held unto power as the richest man alive until the tides began changing and some other billionaires took interest in toppling him till it then got to the turn of Jeff.

Jeff Bezos is the world’s richest man and the founder of Amazon one of the most influential companies on earth.

He started Amazon in his garage back in 1994 after scribbling a world-class business plan for it while he was airborne from New York to Seattle.

First, he started an online bookstore and later changed it to a retail online store named after the Amazon River.

Jeff founded his company seven years after he graduated from Princeton University with a 4.2 CGPA in computer science.

Subsequently, he had a job stint with a financial telecommunications rookie known as Fitel, and being the smart tech prodigy that he was, he got pretty much acquainted with the ropes around Fitel so swift that he was elevated to Head of Development and the Chief of the Directorate of customer service.

He also had a brief working stint at D.E Shaw and Co a hedge fund that just got started.

From Shaw and Company, were was among the vice presidents, he estranged himself and founded the Amazon at age 30.

Today, Amazon is the world’s most prodigious online retail shopping store worth an estimated $777.8 billion.

Remember the financial monarch up there?

Here he is. Bill Gates at one point didn’t have to look beyond his shoulders for competitors of his most coveted spot as the world’s richest man.

He held onto to power for quite a while before things got pretty serious with his rivals and they decided to unseat him.

Naturally, this article was scribbled with Microsoft word which is his brainchild and he has continued to receive massive critical acclaim for his invention or perhaps call it a landmark frontier in the world of computers.

Gates was almost a confused fellow at the prestigious Harvard University where he gulped most of his time fiddling with the school’s computer systems.

He had an ally in the person of Paul Allen and both allied to float their own software company in 1975 naming it Microsoft.

Gates had earlier discussed the critical decision with his parents who never hesitated to give him a nod and let him chase his dreams.

Subsequently, he dropped out of Harvard in his second year and promised his parents that he’d return to school if things didn’t pan out well with Microsoft.

But things did pan out well with Microsoft and he returned to complete his degree this time a billionaire.

Bill Gates is the founder of Microsoft, CEO of Cascade Investments, Co-Chairman of the Bill and Melinda Gates Foundation, Chairman of Branded Entertainment Network, Chairman of TerraPower, and Board member of Berkshire Hathaway owned by the world’s third richest man Warren Buffet.

Bill Gates has since relinquished his positions in Microsoft as Chairman, CEO, and Chief Software Architect; a position he created for himself.

Gates is now focused on his philanthropy through his charity foundation in alliance with his wife Melinda.

The billionaire now works on a time part-time basis at Microsoft and full-time at The Bill and Melinda Gates Foundation, the world’s richest charity organization.

Bill Gates has pledged half of his wealth to charity.

When Buffett bought his first share at age eleven, one could only gain hindsight out of that uncommon business endeavor by a lad that this one was born with business in his genotype.

That wasn’t all about the business blood as he sold chewing gums and Coca-Cola bottles from one house to the other.

He engaged in a lot of other business activities during his infant days and that translated to the Buffet of today.

Warren Buffett is an American Business Mogul and is the CEO and Chairman of Berkshire Hathaway – a business conglomerate with over 60 companies.

He applied to study at Harvard Business School but was rejected.

He would later find solace at the Columbia Business School after the heartbreak from Harvard.

He has pledged 99% of his wealth to charity through the Bill and Melinda Gates Foundation.

He is one of the world’s most renowned philanthropists and a co-founder of the Giving Pledge with Bill Gates.

The Giving Pledge is a platform where the world’s financial aristocrats pledge to give out at least half of their acquired fortunes to charity.

Bernard is one of the unsung billionaires globally as not many are aware of the man behind the famous fashion brand; Louis Vuitton.

Bernard Arnault is a French fashion magnate and lover of the arts.

He is the CEO and Chairman of LVMH.

The company is reputed as the biggest luxury goods company in the world.

When Bernard graduated from Ecole Polytechnique in 1971 with an engineering degree, he joined his father’s civil engineering firm, Ferret-Savinel, through his innovative ideas and business acumen, he transformed Ferret into a real estate company and became president in 1979 succeeding his father.

From there he diversified into fashion with the acquisition of Financiere Agache and Christian Dior in 1984.

In 1987 he created LVMH and resolved the dispute between two companies in conflict; Louis Vuitton and Hennessy.

Subsequently, he integrated both companies into the Dior Couture.

This began the streak of many acquisitions and incorporations by Bernard Arnault’s LVMH.

Bernard Arnault is the richest man in France and Europe.

He is a fantastic art collector and the founder of the Louis Vuitton Foundation.

Mark is the youngest billionaire on this list at age 33 and is the co-Founder of the world’s famous social media platform Facebook.

He is also a sophomore Harvard drop out only that he was controversial.

Alongside other colleagues at Harvard, Mark created a book that had all the names and pictures of every resident in their school’s dormitory.

Mark would later build a site that included everything the book had and spiced it up with pictures of people and included a rating where the site visitors can determine who’s hotter.

The site went viral in a weeks’ time interfering with the school’s site.

Subsequently, the site was flagged by the school and banned.

In 2004, Mark launched the full site with the domain; thefacebook.com, and received lawsuits from three of his seniors claiming deception.

They accused Mark of derailing from the original social network domain; Harvardconnection.com meant for their school and using their collective ideas to build a global brand.

The litigation ended in a 1.2 million shares settlement out of the earnings of Facebook.

Mark would later drop out to face his innovation (Facebook).

The output of that decision is his billionaire status today and the site Facebook becoming the largest social media network in the world with over 2.7 billion users globally.

In 2014, Facebook acquired WhatsApp for $19 billion which is the biggest acquired asset to date.

Mark Zuckerberg is also a philanthropist and has also pledged more than half of his fortunes to charity alongside his wife Priscilla Chan.

Ortega is the first and only Spanish billionaire on the list.

He trails after Bernard Arnault as the second richest man in Europe.

He is the Founder of Inditex fashion group famous for its’ Zara collection.

Zara was launched in 1975 by Amancio with his ex-wife Rosalia Mera and was incorporated into the Inditex Fashion group in 2009.

Ortega retired in 2011 as Chairman of Inditex group announcing Pablo Isla his vice president as the new chairman.

He afterward gave up a substantial amount of his wealth to charity.

Amancio Ortega is the richest fashion retailer in the world owning about 60% of Inditex and 6,000 stores including the global brands Zara, Zara Home, Temple amongst others.

Ortega is a very reserved billionaire and avoids the spotlight like a plague.

Carlos is the richest man close to the free world; America.

He is a Mexican and the richest in his home country. Carlos began his business career shortly after bagging his first degree in civil engineering from Universidad Nacional Autonoma de Mexico.

Carlos Helu is the CEO of Telmex America Movil and Grupo Carso.

He is an investor and runs about 200 companies under the Grupo Carso business empire.

In 2010, Helu made history by becoming the first Mexican to clinch that craved position as the richest man in the world-beating Bill Gates and Warren Buffet to it.

It also marked the very first time in over 16 years that a non-American is holding that position.

According to Forbes, Carlos Slim Helu held that position from 2010 to 2014.

Charles and David Koch (Joint worth – $60 Billion each) 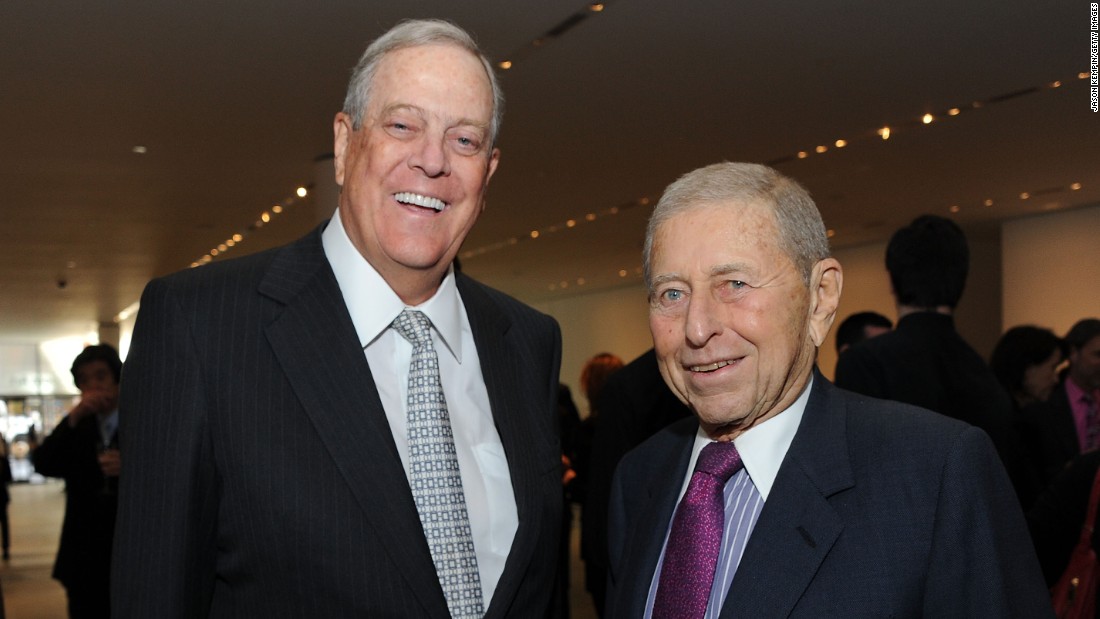 Koch industries are the second largest private company in America.

The Koch industry is a family business made up of the father – Fred Koch and his four sons David, William, Charles, and Frederick Koch.

Fred Koch who is a chemical engineer founded the Koch Industry first as an oil refinery before it diversified into other areas.

Charles and David Koch are the only sons of Fred who are still heirs and managers of the family business after litigation severed two of the Koch brothers out.

The Koch family is very active in the American political sphere funding allied political parties with their bounty wealth.

They are also involved in some humanitarian works under the aegis of the Koch Family Foundation.

Larry is an American born in New York.

He is the Chairman, co-founder, and chief technology officer at Oracle Corporation – a computer operating system renowned around the world.

Larry’s education was a mini rollercoaster which had him dropping out of school twice.

He was inspired by Edgar F. Codd who wrote a paper on relational database systems and Larry subsequently began a project on the database for the CIA.

That project gave birth to Oracle in 1977.

Today Oracle is the world’s most popular database.

Ellison has been involved in a plethora of charity works just like his fellow billionaires.

Michael Bloomberg is an American business magnate and author.

He founded his company which he named after himself in 1981 after working at a security brokerage company known as the Salmon Brothers.

Bloomberg doubles as the CEO and President of his investment.

He is a famous alumnus of two renowned institutions in the world – Harvard and Johns Hopkins University.

He would later serve as the chairman of the board of trustees at Johns Hopkins University.

Bloomberg is also a politician having served as the 108th Mayor of New York City.

He held that position for three terms as a member of the Republican Party.

The world’s tenth richest man is also part of the Giving Pledge an organization where his likes pledge at least half of their fortunes to charity.

Your turn.. What do you think about our top 10 richest men in the world?