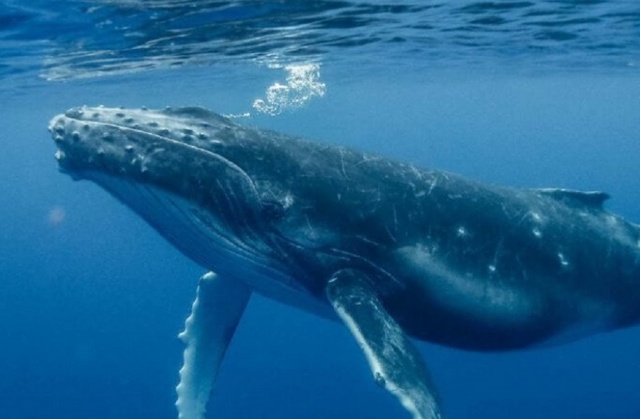 Are you searching for the top 10 largest animals in the world ever recorded (2022)? When it comes to creations, humans could comfortably sit in the class of the smallest species created by God.

The animal kingdom in its diversity of categories features some of the wonders of God’s magnificent handiwork in living things with gigantic physiques that make them a threat to the collective existence of other animals in their shared habitat and humans on exploration.

These animals are tall enough to kiss the tip of buildings, rival metro trains in length, match up with ships in terms of weight, and mammoth enough to occupy a standard warehouse.

Here are the top 10 largest animals in the world

The Blue Whale is by far the largest animal in the world ever recorded.

This sea animal is colossal enough to comfortably swallow four luxury buses and won’t choke on them.

It weighs about 180 tonnes and spans in length to about 98 ft. that’s equivalent to the height of a 30 m high-rise building when stretched vertically.

The tongue of a blue whale can lift a full-sized elephant and hurl it up right into the middle of the ocean without summoning all of its energy.

The Blue Whale has an undeniable and intimidating presence underwater.

Although its size is too mammoth to go unnoticeable, this gargantuan of an animal lives a reclusive life submerged in the sea and rarely bothers about what’s up on the surface of the blue sea.

Contrary to popular belief that the giant squid is the largest in the squid family, the colossal squid is actually the biggest.

Its eyes are the biggest in the animal kingdom, bigger than the size of a 32-inch football and reaching about 25 cm in diameter.

This animal is also timid like the whale and lives at the depth of the ocean around 1000m.

The squid is so large, only a sperm whale, and perhaps the blue whale can prey on it for a snack.

The sea has no monopoly on the largest creatures in the world.

The largest terrestrial mammal in the world is the African Elephant which by temperament is one of the most extroverted animals under the sun.

Its weight alone is enough to sink some water-logged soils and her trunk is her most powerful weapon.

This said trunk can fell trees when she’s unhappy with just one strike.

If the height is the yardstick to measure the largest creatures in the world, then the Giraffe will come top on the list.

Residing mainly in the grasslands of East Africa and the open woodlands in southern Sahara, the Giraffe is the tallest animal in existence.

One of the scariest sights you can ever witness in the river is the imposing physical structure of the hippopotamus with its large eyes and ears afloat the water leaving its entire body of height: 14 ft., submerged in water.

The hippo is found majorly in Africa across 29 nations.

At 14 ft. tall, this monster of an animal is almost unsinkable in its river habitat.

The hippo is the third largest land mammal and the largest semi-aquatic mammal in the world.

Both animals of the bear family are the largest terrestrial carnivores in the universe.

The polar bears are found remotely in the arctic poles while the brown bears are residents of the forests and highlands of Europe, Asia, and North America.

The bulk of their weight lies in the deposit of fats in their bodies, more importantly for the polar bear who needs the fat to adapt to its frigging sub-zero temperatures at the Artic Circle.

The whale shark happens to be the most colossal living fish underwater.

This fish considers tiny planktons the most ideal diet to follow despite being that mammoth in size.

The whale sharks are an endangered species which too many predators rendering them extinct.

They are mostly found in the tropical seas across the world.

When God decided to crossbreed between the elephant and the seal, this mammoth creature was the result.

Their major habitat is the sea with their large trunk-like inflatable snouts.

The birds are not left out when it comes to prodigious-sized creatures.

The ostrich is representing from its end as the largest bird in existence.

When the ostrich stands, it measures at a height of 9 ft. (2.7 m) which’s about the highest height any human could possibly attain.

This bird weighs about 156 kg and its eyes which is about 5 cm in size are the largest eyes seen on any mammal on land.

The bulk of its height comes from its long legs and neck.

The ostrich can’t fly since it’s the heaviest bird on earth but then it’s the fastest running bird in existence with a speed of about 65 km/h.

From the reptile, the class comes the largest snake in the world.

Its native habitat lies in the tropical rain forests of the world’s most luxurious aggregation of trees; Amazon.

The close rival of the green anaconda in the reptile class is the reticulated python which can rival victoriously in length but with the weight of the green anaconda resting on its giant girth put into consideration, it’s twice heavier than the python and so undoubtedly becomes the largest snake in the world.

What do you think about the top 10 largest animals in the world?