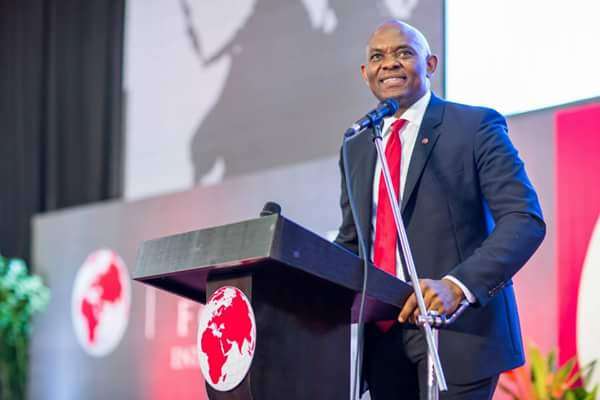 Tony Elumelu Biography & Net Worth (2023) – Perhaps one of Africa’s finest and leading cardinals in the business world of banking comes in the distinguished persona of Anthony Onyeamechi Elumelu.

Born in March 1963, the eagle-eyed business mogul has given the world around him enough reason to appreciate his birth.

One name synonymous with Elumelu is the United Bank of Africa (UBA), a leading African bank he once chaired and took the fortunes of the financial institution to enviable peaks.

The father of seven is also the founder of Heirs Holdings and chairman of the famous conglomerate, Transcorp Nigeria.

The Tony Elumelu Foundation, a non-profit organization, reflected his philanthropic side and strong passion to see smart minds like his, succeed uninhibited in business.

He is well revered in Nigeria with a couple of awards to complement his famous self.

We take a focal look into the awesome pedigree and some basic facts about the astute banking mogul.

Below is Tony Elumelu Biography & Net Worth (2023)

Anthony Elumelu was born in Jos, Plateau State, Nigeria on the 22nd of March 1963 to entrepreneurial parents, Mr. and Mrs. Dominic Elumelu.

He isn’t the only offspring of the presumably proud Mr. Dominic, for out of the five products of his loins, two are eminent.

He, (Elumelu) is a renowned banker and Billionaire, and his brother, Ndudi Elumelu, a former member of the federal house of representatives. 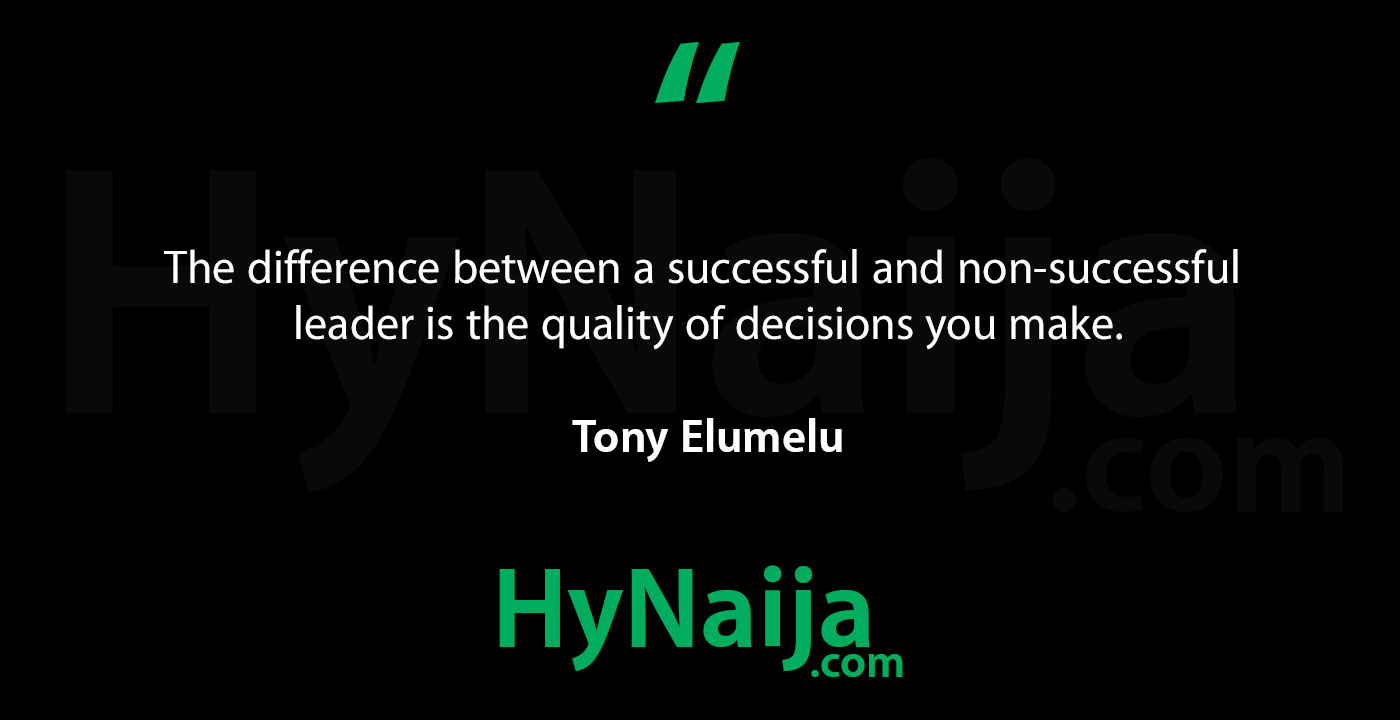 Although pinched information is available about his primary education, his stint at the Ambrose Ali University, Ekpoma is no longer news as he bagged a degree in Economics from the former Bendel State University.

He has a Masters’s Degree in economics from the University of Lagos and further puffed up his academic credentials with a degree from the prestigious Harvard Business School in an advanced management program.

From what started as a basic fulfillment of the mandatory one-year youth service scheme demanded of every Nigerian graduate, Elumelu rose up the ladder in the banking sector to the big shot he is today.

While serving as a corps member in Union Bank in early 1985, it would have seemed starry-eyed of him to have led a groundbreaking merger in the banking industry, well, that was actually the case.

Elumelu, years after serving his country, spearheaded a renaissance in the banking world that led to the acquisition of the United Bank for Africa (UBA) in 2005.

After being handed the leadership baton of UBA, he championed the intercontinental relevance of the bank, delocalizing it from a primitive Nigerian bank to one of the leading banks at the African regional level.

At the moment, the bank could answer and present the banking roll call of 19 African nations.

Elumelu would later take a bow as chairman of UBA in 2010 and level up his portfolio with the birth of Heir Holdings, his own business conglomerate in 2011.

Subsequently, Heir holdings acquired a major stake in the Transcorp group, a business conglomerate with a prime interest in hospitality, agri-business, real estate, and energy.

He was made Chairman of the Transnational Corporation of Nigeria (Transcorp) after becoming a major shareholder.

Since he is quite a hot shot in the business world, his sheer brilliance and acumen have earned him certain positions in the country and ashore.

The union which was certified in 1993 is blessed with seven children.

The Tony Elumelu Foundation which is a non-profit organization was established in 2010 after the prime investor called it a day with his banking leadership.

The foundation which is headed by veteran film producer and media investment expert, Parminder Vir is aimed at encouraging young African entrepreneurs with financial incentives to pilot their innovative ideas into mega successes.

Every year, grants are issued to youths all over Africa, whose entrepreneurial skills have been found worthy of support in a competitive environment.

Tony Elumelu’s net worth sits at a staggering $700 million which is an aggregation of financial splendor sourced from his numerous investment portfolios.