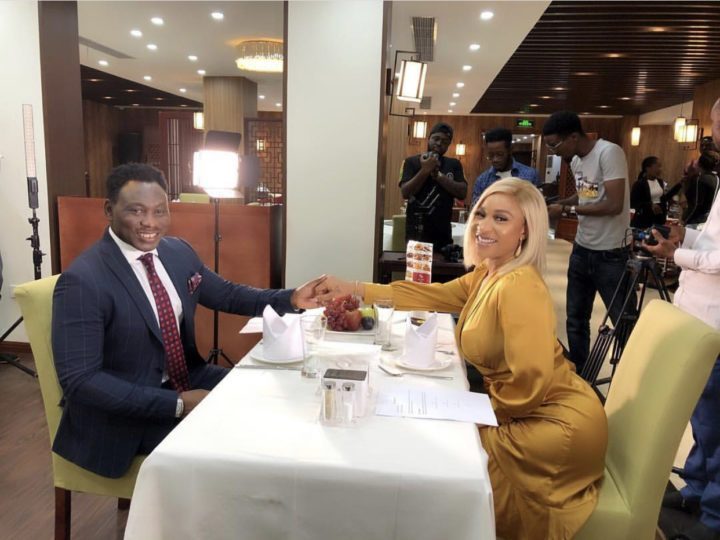 Award-winning actress, Tonto Dikeh, was on Thursday spotted on a date with former Super Eagles player, Daniel Amokachi in Abuja.

Report has it that the mother of one was seen with the Nigerian football legend and she sure had a nice time during her date which saw her dance afterwards.

The Nollywood actress overtime has kept her relationship from the social media after the crisis in her marriage with Olukunle Churchill.

However, the recent post of the 33 years old actress on Instagram has gotten many of her fans and followers wonder if she is in a relationship with Daniel Amokachi.

The Nigerian actress recently took to her Instagram account to share a photo showing her and the former Super Eagles players at a date at a Chinese restaurant in Abuja.

some camera crew could be seen at the background of the photo and seems to be like a scene created for promotion shoot.

Some peoples have, however reacted to the photo stated that her ex-husband will not be happy seeing her dating a man married with three kids.