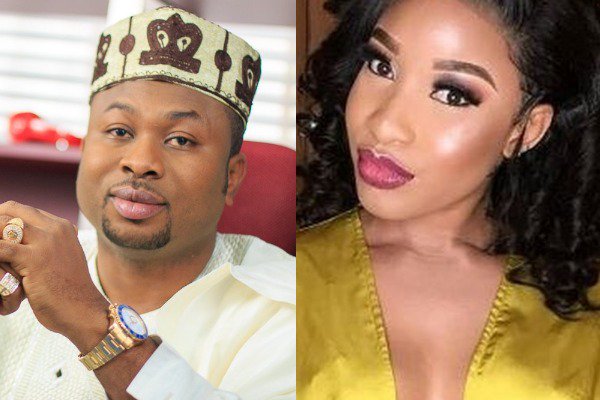 Churchill Olakunle, an ex husband to Tonto Dike has finally reacted to the allegation that that he was a ’40 seconds’ man.

It would be recalled that before now, the media has been fed by Tonto during an interview with Daddy Freeze of Cool FM that Churchill can only last 40 seconds in bed.

She later wrote on Instagram that it was the ex husband that first accused her publicly of being on hard drugs.

Meanwhile, Churchill in his reaction on Wednesday said he is a tireless machine while responding to a fan.

“Of course not. Don’t be deceived, you cannot undermine an ex-military boy…. I am a tireless machine during marathon.”