Teddy A Speaks On His Relationship With Bambam 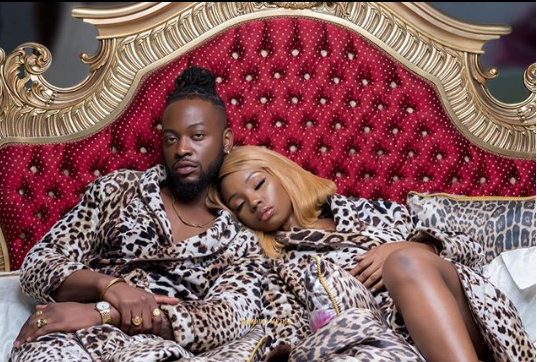 Former Big Brother Naija Housemate, Teddy A, recently revealed that he never liked his fellow housemate, Bambam because she behave like a church girl.

The former reality TV star who is also known as Tope Adenibuyan stated this during the Big Brother Naija Reunion.

READ ALSO: Betty Irabor Speaks On His Experience With A Job Seeker

“At first i never really liked the fact that bam, acts like a church girl but we’ve come to understand each other’s differences and respect it and we genuinely love each other”

Bambam posted a photo of them together at the after party of the AMVCA and captioned it:

“When your lover is your best friend, a partner in crime and all things awesome and mischievous @iamteddya.”

I am Engaged – Davido Reveal
Real Face Of Legendary Singer, Lagbaja Exposed [Photos]
Michelle Dede Call Out Arinze Onyisi Over His Statement For Indecently Dressed Ladies To Be Raped
DJ Cuppy Got Delivery Of A New Custom-made Rolls Royce
Bambam 3 Teddy A 2

Loading...
Newer Post
Betty Irabor Speaks On His Experience With A Job Seeker
Older Post
I Believe In God But Not In The Bible, It’s A Fairy Tale