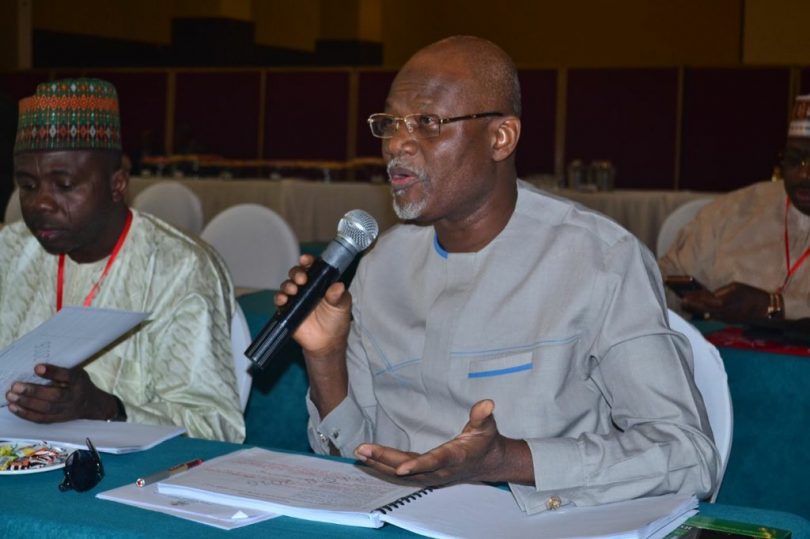 The Senator representing Kaduna North, Suleiman Hunkuyi, while speaking on Friday stated that a fresh crisis in the All Progressives Congress would soon break out.

He claimed that APC is playing with the issue of leadership positions of the 9th National Assembly.

Hunkuyi who recently defected to the Peoples Democratic Party after been elected under APC stated that the endorsement of a sole candidate for the position of Senate President would bring about problems.

He made this claims while speaking with newsmen in his office on Friday that endorsing a candidate for the leadership of the National Assembly is undemocratic.

“Clearly by the two provisions, only the 109 senators-elect and 360 Hon Members of the House of Representatives – elect , are empowered to decide who their leaders as regards the positions of President of the Senate, Deputy Senate President, Speaker of the House of Representatives and Deputy Speaker, should be at any given time, particularly at the commencement of a new Assembly.”

“Therefore, for any other person or group of persons outside the 469 constitutionally empowered persons to by way of pontification, anointment, selection, appointment or endorsement, saying Senator A or B , is the one for this or that position is not only wrong but making clear affront on democracy itself.”

“Must Senators be dictated to and or Senators and members of House of Representatives cabinet members of the presidency that must be railroaded or tele guided on issues that are strictly theirs?”

“Democracy is not a crazy culture but culture of respects for peoples rights, views and constitutionally spelt out responsibilities.”

“The culture of anointment or imposition the APC in collaboration with the presidency wants to infuse into it must be rejected and I know it will be rejected by the elected federal lawmakers.”

“Though I don’t have the right of participation at the coming 9th Senate particularly in the election process at inauguration, but I have a say through interaction with many of the Senators-elect, already giving me the feelers that as elected senators of the Federal Republic of Nigeria, their independent-mindedness will come to play on the day of inauguration .”

“If APC as a party just zones the positions without the endorsement of anybody, it would have been better but insisting that a particular person must emerge for a particular position is turning the principles of democracy and separation of powers upside down with attendant backfiring effects.”