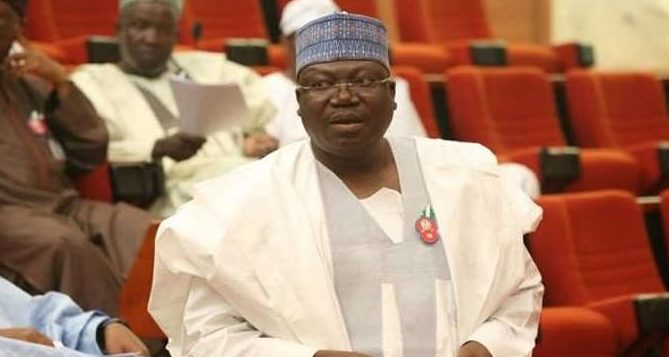 Ahead of the 2023 general election, Senator Ahmad Lawan has reacted to the news making round that there is the plan to amend the constitution to keep the president in the office than expected if he is made the Senate president.

Lawan in a statement through the spokesman of Senate, Senator Aliyu Sabi Abdullahi described the news as fake.

Abdullahi stated that the news is a desperate plan by evil and desperate politicians who does not want Senator Lawan to emerge as Senate president.

The statement read: “This is just a very desperate attempt by detractors and some politicians who want to taint the good image of the Senate Leader, and the future Senate President, Senator Ahmad Lawan.”

“When we (Senators) met the President two days ago, he (President) was very emphatic that he has stood for election five times, and this is his last.”

“The President made it clear that he wants to retire quietly to his home, on the basis of which he is going to work very hard these four years since Nigerians have given him this opportunity, to leave a lasting legacy behind.”

“The President’s statement clearly shows that he is a full democrat who knows that our constitution only provides for second term which he has gotten, and for which he is grateful to Nigerians.”

“Therefore, to come back to say that Senator Ahmad Lawan will amend the constitution to keep him in office beyond 2023 is just the height of evil thinking and bad politics taken too far.”

“The public should discountenance that and focus on supporting a very genuine and transparent process that will lead to the emergence of our own choice leaders as Senators-elect when the 9th Senate unveils.”

ASUU Congratulates President Buhari On His Re-Election
Reno Speaks On Why Buhari Should Be An Ambassador And Not A President
2019: Fourteen Reported Dead In APC’s Presidential Campaign
Atiku’s Camp Accuses APC Of Been Jittery Over Case Against Buhari
Ahmad Lawan 1 Muhammadu Buhari 89