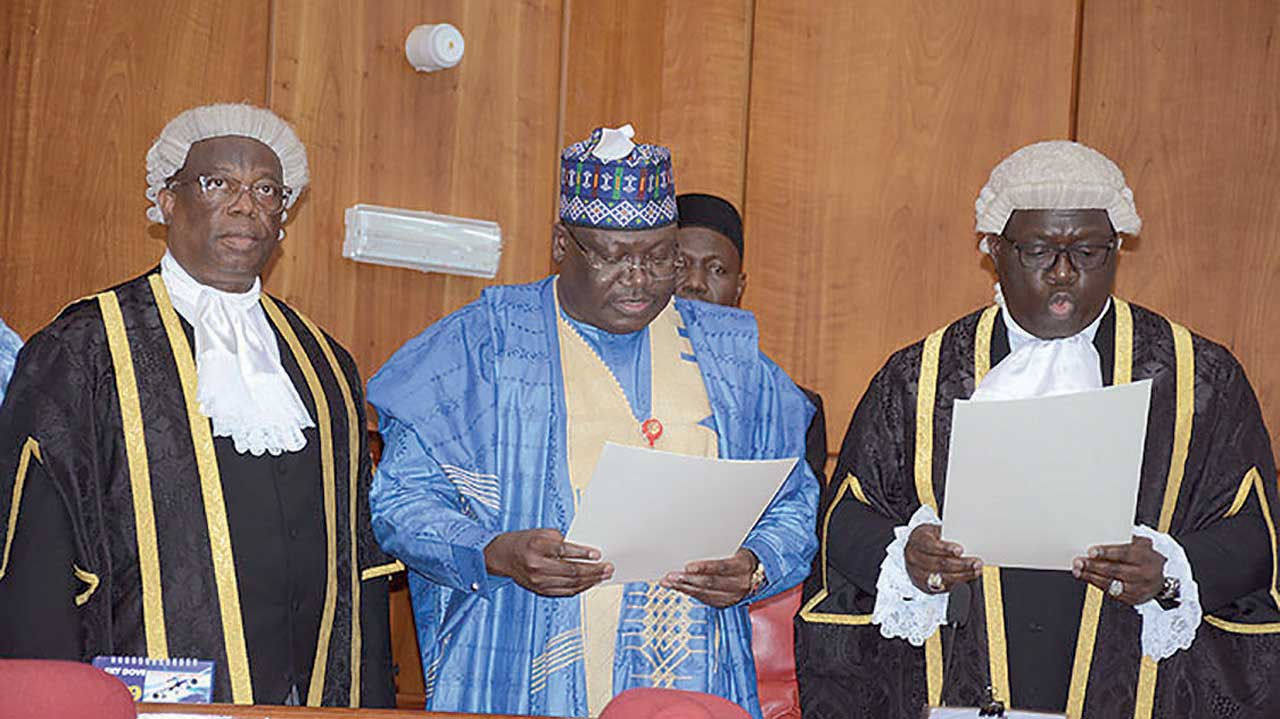 The Senate President, Dr. Ahmed Ibrahim Lawan has the concomitant of people-oriented leadership. Throughout his political career, he has ensured congruity in all the teams, groups and committees he has worked with, including his political party, the All Progressives Congress (APC).

Before he ventured into politics, he had experience in civil service and academics where he demonstrated the qualities of a committed civil servant.

He is a recipient of the Commander of the Order of the Niger (CON) and has enormous parliamentary knowledge for 20 years.

Dr. Lawan is a Senator representing Yobe North Constituency of Yobe State. In 2007, he became a Senator. On 11 June 2019, he emerged the Senate President of the 9th National Assembly with 79 votes cast to beat Senator Mohammed Ali Ndume with 28 votes.

Before he became a Senator, he was elected to the House of Representatives in 1999 as a member representing Bade/Jakusko Federal Constituency of Yobe State. At different times, he chaired the House committees on education and agriculture.

As a result of his quest to make potent impact on beyond Bade/Jakusko, he contested and was elected Senator in 2007. In 2008, he was a member of National Assembly’s Joint Committee on Constitution Review. When he became the Chairman of the Senate Committee on Public Accounts, Lawan initiated and sponsored the Desertification Control Commission Bill.

Dr. Lawan was the Senate Majority Leader from 10 June 2016 to 6 June 2019 which he made commendable impact on the Senate and APC.

As a man who has political acumen and the alacrity to work with progressive minds, he always tells them to make the required sacrifices if they must be make significant impact in their respective places of work.

He abhors apathetic leadership, that is why he has set the machinery in the Senate, and made commendable appointments in the Office of the Senate President irrespective of religion, ethnicity or political affiliation by appointing those who have the prudence for pragmatic and proactive responsibilities.

He has an unfailing courtesy and forbearance under great provocation. Despite the aspersions that were cast on him in 2015, after his Senate President ambition was thwarted, he remained resolute and never threw himself into disrepute.

He will ensure that divisive issues brought on the floor of the Senate are handled in ways that will elicit happiness in those who have the interest of Nigerians at heart.

When Lawan gets any idea or philosophy that will make things work for the common good, he espouses it and ensures that he put the necessary things in place to see that work.

I am convinced to the best of my knowledge of who Lawan is, that he will work effectively with President Muhammadu Buhari and reposition Nigeria for the common good.

Media Aides to politicians and the trajectory they should follow: Toward building a formidable media team and making potent impact
Scarcity of Miva Rice in The Market a Direct Consequence of Fulani Herdsmen Atrocities Against Benue Farmers
MARRIAGE ADVICE: Don’t marry a woman who doesn’t care if you save or invest your money
What Will You Do If After Marriage You Discover That Your Husband Cheats On You?