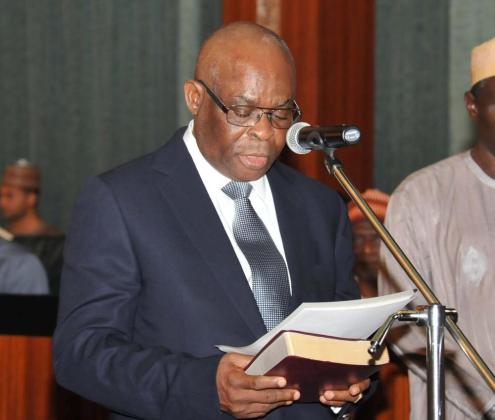 The suit filed against the Chief Justice of Nigeria, Justice Walter Onnoghen, has been closed by the Federal Government.

Hy Naija gathered that the Federal Government on Thursday ended the case against the suspended Chief Justice of Nigeria after calling three witnesses to the stand.

The counsel to the government, Aliyu Umar stated that the government decided to close the case despite the fact that they had initially listed six witnesses.

READ ALSO: PDP Reacts To The Postponement Of Results In Rivers State

Umar stated that the government can call three other witnesses to stand if the defence wants to cross-examine them. He said;

“I have called three witnesses. If the defence needs them, I can call the other three,” the lawyer said.

Adeboyega informed the tribunal that they have the intension to file a no-case submission but they would need time to write an address.

“We intend to take advantage of section 303 of the Administration of Criminal Justice Act (ACJA) 2015 on no-case submission,” he said.