Sarz Narrates The Awkward Moment In His Career 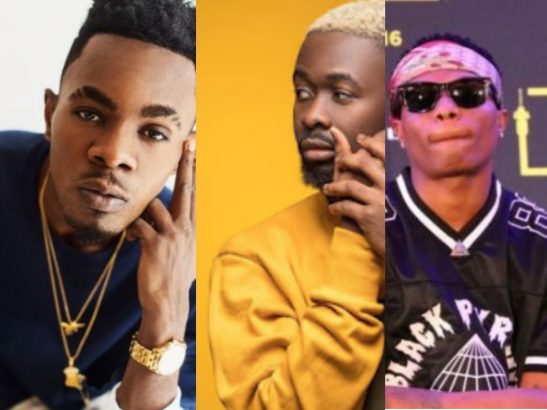 Nigerian music producer, Sarz has narrated an awkward moment he experienced after producing song for superstar singer, Wizkid and Patoranking.

Sarz who took to tweeter revealed how he spoke ill of Patoranking on phone without knowing that he was listening on the other end.

“Listening to This kind love by Patoranking ft Wizkid and I remember one of the most awkward moments in my career happened with this song..”

“After I made the beat, Wiz recorded the chorus and he never finished it. I thought it was going to be one for the Hard drive.”

“After a long while, Patoranking called me on Whatsapp. He said he finished the song with Wiz and wanted to send it to me so I can listen and finish the beat properly.. Cool right?”

“Wiz called me the next day. He said ” Sarz that song with me and Pato bad abi? Pato finish work!” In my head I was like stop playing bruh why you dey whine me…”

“I said to Wiz ” bro i love your part but Pato part na dead! Full dead ” Wiz was tryna convince me but I wasn’t having it. I kept on saying i didn’t like his part.”

“Next thing wiz said was ” My G you dey on speaker phone oo and Pato dey here sha and I heard Pato’s voice. I exclaimed in Igbo, I said Ewo! ?. Just bury me!”

“I tried to do some damage control but the damage was already done. Anyway, I was listening to the song today and I must have been crazy to think his part wasn’t good.”

“Listening to This kind love by Patoranking ft Wizkid and I remember one of the most awkward moments in my career happened with this song..”