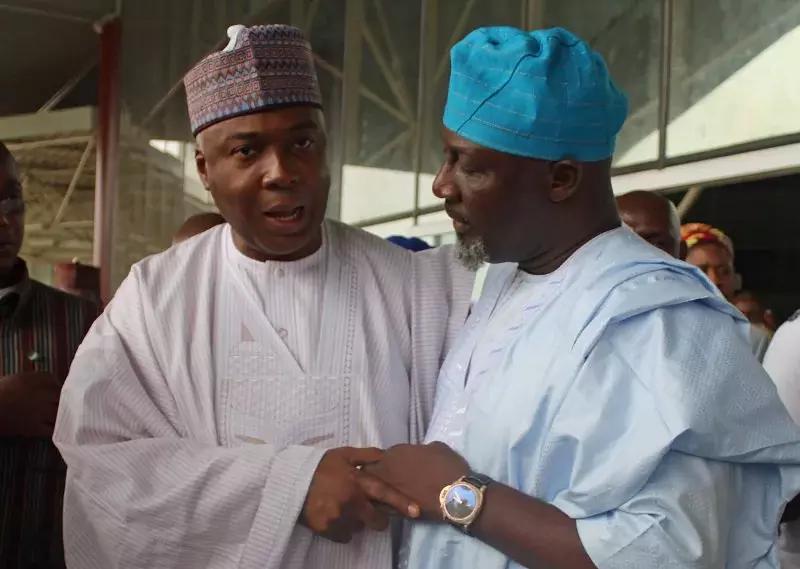 Senate President, Bukola Saraki, has spoken on the death of the mother of the Senator representing Kogi West senatorial constituency, Dino Melaye.

a report has it that the mother of the Senator, Comfort Melaye, died on Thursday.

Dino Melaye had taken to his Twitter account to announce the death of his mother who had died on Thursday night.

The Senator, however, did not reveal the details of her death.

Saraki in his reaction on Twitter on Friday commiserated with the Senator and the members of his family.

“My heartfelt prayers and sincere condolences go out to Senator Dino Melaye and his entire family over the passing of their beloved mother, Deaconess Comfort Melaye.”

“I pray that the Almighty grants her eternal rest and gives the family the fortitude to bear this significant loss.”